Pastor Wang Yi is accused of “subversion and illegal trade”. He will be deprived of his political rights and his personal assets will be seized. Another elder of his church has been sentenced to 4 years. 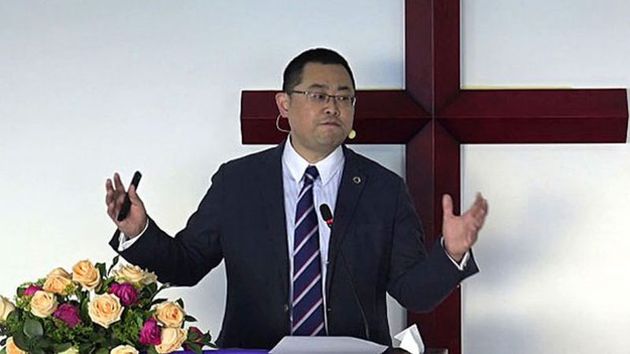 Chinese pastor and founder of the Early Rain Covenant Church,Wang Yi, has been sentenced to 9 years in prison for “inciting subversion of state power” and “illegal trade”.

Wang, along with 100 other members of his community, was arrested in December 2018, when the security forces raided the church in Chengdu, Sichuan district.

After nearly a year of pre-trial detention, the trial was held on December 26th, and the Chengdu Intermediate People's Court today issued the sentence this Monday.

According to several witnesses, there were only lawyers in the courtroom, because no church members, nor the family of the pastor were allowed to be present, and the court was surrounded by a police cordon.

In addition to the nine-year sentence, Wang will be deprived of his political rights for three years, and around 50,000 yuan (about 6,300 Euros) of his personal assets, will be seized.

“I think the regime is really afraid of Wang’s national and international impact, especially the growing influence of the reformed evangelical movement he was leading nationwide”, Fu said.

Wang Yi has been accused of “subversion” because branded the new regulations on religious activities as “a tool to stifle religious freedom”.

Furthermore, he recently denounced the “cult of Caesar”, when patriotic associations forced Christians to display the photo of President Xi Jinping, specially on the altars.

The “illegal trade” charge is linked to the fact that Wang Yi’s community prints religious books and distributes them among its members and in Chinese society.

He already was a human rights activist and a constitutional scholar at the time of the Tiananmen massacre, and later converted to Christianity and became pastor of the Early Rain Covenant Church.


“REGIME IS DEPRIVING PEOPLE OF FREEDOM OF RELIGION AND CONSCIENCE”

After his detention, church members released an open letter that Wang Yi had written in anticipation of his arrest.

In the text, Wang recognised that he is “full of disgust because of the persecution of the church by the communist regime, and of the wickedness in depriving people of freedom of religion and conscience”.

However, he pointed out that “changing social and political institutions is not the mission I have been called to, and it is not the goal for which God has given his people the Gospel”.

“The calling that I have received requires me to use non-violent methods to disobey those human laws that disobey the Bible and God. My Saviour Christ also requires me to joyfully bear all costs for disobeying wicked laws”, he added.


“PERSECUTION OF CHRISTIANS IS THE MOST WICKED EVIL OF CHINESE SOCIETY”

According to Wang, the persecution of Christians “is driving many Chinese to lose hope in their future; yet, it is leading them through a wilderness of spiritual disillusionment and through this to make them know Jesus”.

“This persecution is the most wicked and the most horrendous evil of Chinese society. This is not only a sin against Christians, it is also against all non-Christians. The government is brutally and ruthlessly threatening them and hindering them from coming to Jesus, and there is no greater wickedness in the world than this”, he concluded.


AN ELDER OF THE CHURCH SENTENCED TO FOUR YEARS

Early Rain Covenant church has 500 registered members, and around 300 sympathizers, spread across more than a dozen meeting points around Chengdu, who attend church every Sunday.

Unlike many underground Protestant churches, its members practice faith openly; spread sermons and online studies; and evangelize on the streets. They have a seminary to teach future pastors and a primary school for 40 children.

In November, a Chinese court sentenced an Early Rain Covenant church elder, Qin Defu, to four years in prison for the charge of illegal business operations, as a result of the church using 20,000 Christian books.

Ken
17/01/2020
10:33 h
1
May we remember to pray for this pastor and his church. Praying the Lord will set China free from laws restricting their freedom of worship and religion.