Around 15,000 joined the march organised by evangelical groups. They asked to protect children from gender ideology initiatives in schools.

The 4 September 2022 march for life, family and freedoms, in Tabasco (Mexico) was organised by an alliance of evangelical organisations. / Photo: [link]Evangélico Digital[/link].

People from all over the State of Tabasco (south east of Mexico), pro-family organisations with a majority evangelical presence walked the streets of capital city Villahermosa in a march on 4 September.

At the head of the march, a large banner with the text of the slogan of the demonstration could be read: “The evangelical people march for life, family and liberties”. The organisers the event showed that “the unity among the participating churches was notoriously extraordinary” and estimated around 15,000 people had joined the march.

One of the newspapers that covered the event headlined: “With the cry of ‘we are the people of God’ the members of the Alliance of Families for Tabasco advance”. Just before entering the Central Plaza of Villahermosa, the thousands of participants sang the traditional worship song: “We are the people of God, we are a special people called to announce the virtues of the One who called us to his light...”.


Children, young people and adults joined the walk, which was also attended by churchgoers of other faith groups, social activists and some legislators such as the parliamentarian of the PRI party Soraya Pérez Munguía, and the parliamentarians of the RD party Beatriz Vasconcelos.

Due to the intense heat, the march started at 07:00 hours in the morning on Saturday, which meant that many attendees had to get up early at 05:00 in the morning to be at the starting point on time.

The contingents arrived at the CICOM zone where they gathered and then marched along the avenues of Paseo Tabasco and 27 de Febrero, finally heading to the Plaza de Armas where the march ended.


“Nations is taking a misguided course”

During the march, slogans were raised against the imposition by state authorities and legislators of laws that violate the right of parents to educate their children. They called politicians not to pass initiatives that “threaten rights, life and family”.

“The state of Tabasco should not get involved in this misguided course that our nation is taking, we ask our congressmen to protect life, family and liberties. Freedoms and rights are not granted, they are only recognised by the state. Congressmen, understand, life must be defended!”

“We have not had the need to march to protest against public policies, we have been respectful of our government and legislative representatives, what has made us leave our homes this morning to demonstrate, is that we have to say clearly that abortion is not a human right. So-called ‘egalitarian marriage’ is not a human right, it is not recognised in Tabasco. And in the area of family, there is now the proposal of polyamory, in Puebla the first protection was granted that allows polygamy, eliminates adultery and could even open the door to incest and pederasty”, Lara warned.

Similarly, Raúl Álvarez Constantino, president of the Alianza de Familias Por Tabasco (Alliance of Familia For Tabasco), as part of the organising committee, reproached that under the pretext of a new educational model, the authorities promote the sexualisation of children, adolescents and young people in public schools, without parental consent.

“The Ministry of Public Education has reported that school grades, textbooks and standardised exams are going to disappear, among other measures that raise doubts in our minds. We are also concerned about the inclusion of ideological materials contrary to scientific reality, but presented as promoting equality, non-discrimination or respect for human rights. We categorically reject that the State promotes the sexualisation of children, adolescents and young people in public schools, without the prior knowledge and consent of parents”, he stressed.

Finally, at around 10:30 a.m., with the singing of the national anthem, the march and peaceful protest led by the evangelical pro-family associations came to an end. They do not rule out further mobilisations.

[title] "A moment for the soul of Mexico" [/title] 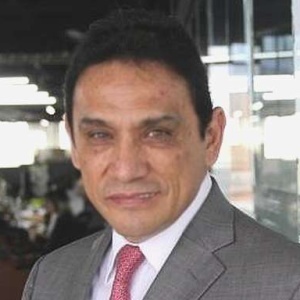 [text] After the event, Aarón Lara told Latin American news website Evangélico Digital: “We trust that we have set a precedent just when the legislative period is beginning in Mexico. There are terrible threats of gender ideology in the country. This is the moment to fight for the soul of Mexico. God with us”.[/text]