Psychiatrists, jurists, and feminists cry out against Spanish ‘trans law’

Doubts inside the government delay the final approval of the law as opposition in all sectors of society grows. 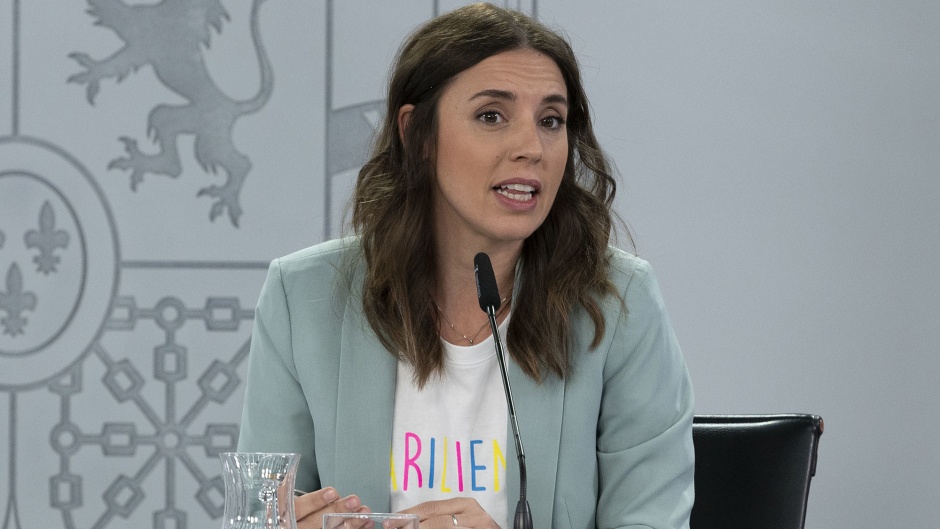 The Spanish leftist government majority has come under social pressure to stop the so-called ‘trans law’ despite the fact that the text was ready to be approved before the end of 2022.

Supporters of the law, especially LGBTQI groups, say Prime Minister Pedro Sánchez could decide to “freeze” the text in response to the large social controversy it has generated.

The draft law has been promoted by Equality Minister, Irene Montero (of the leftist Podemos, the minor partner in the government coalition) under a “urgent procedure” which reduces the possibilities of in-depth debate in the parliament and excludes the chance to listen to non-partisan experts.

The text as it stands at the moment received the ‘ok’ of the government at the end of June. The core of the law allows everyone above 16 years old to change their sex and name in the civil registry, without the consent of parents nor medical or psychiatric reports that demonstrate gender dysphoria.

Teenagers between 14 and 16 could legally change their gender and name if they get the permission of their parents or a legal guardian. In the case of children aged 12 to 14, a judge would first evaluate the maturity of the requester.

“LGTBQI lives do not need a cure”, said Minister Irene Montero recently, calling to dissociate gender transitions from medical supervision. “Education in [LGBTQI] diversity will be reinforced, which will be included in education curricula”, she added, starting from primary school.


Psychiatrists: “The term ‘sex’ is ignored and annulled”

But the plans of the government have faced a wave of complaints in the last months.

“There is an avalanche of teenagers who believe they are trans, but most are not”, said recently the President of the Spanish Society of Psychiatrists, Víctor Pérez, talking to newspaper El Mundo. “In this society, desires are rapidly turned into rights, but we cannot hurry to hormone teenagers”, added the President of the Association of Psychiatrists of Adolescence and Infancy of Spain, Luisa Lázaro, denouncing that “‘sex’, which is a reality and a key term, is being ignored and annulled” in the draft law.

“There is a deficit of science and not enough clinical essays made until now”, added the Vice President of the College of Medical Doctors of Madrid, Luisa González.

The Equality and Health ministries have been accused of refusing to listen to their reccommendations by medical associations.

The law to make gender reassignments easier has also caused a stir inside the feminist movement. While some younger feminists have supported the law, the known as ‘radical’ of ‘historical’ feminists, many of whom have traditionally supported the Social Democratic Party, are saying the government is betraying women.

The former Vice President of the government and leader of the Equality Commission of the parliament, Carmen Calvo, has been one of the very influential voices inside Pedro Sánchez’s party calling to stop the law. Political analysts in Spanish media say she lost her position in the cabinet because of her opinions on this matter.

Historic feminist leader Lidia Falcón, told Spanish news website Protestante Digital that “feminists cannot and should not support the absurdities of the trans law”, adding that “the trans lobby, with the support of big economic corporations, has been reaching spheres of power, their advance took us feminists by surprise”.

Other big names in the feminist movement such as Philosophy Professor Amelia Valcárcel have also been very belligerent against the interests of groups promoting transgender ideology.

The Council of State, the official advisory group formed by former heads of government in Spain, expressed its worries for the wellbeing of children.

In a statement, they expressed fears that the law “will encourage to take hasty decisions, not based on a stable situation of transsexuality, which, in the end, could end up having a negative impact on the free development of the subject’s personality”. The Council called to look to the experience in other European countries, saying there was a need for “precautions such as the requirement that they have reached 16 years of age and have sufficient discernment [as in the case of Belgium and Portugal], have a medical certificate of gender dysphoria [as in Norway] or articulate their request through the courts [as in Ireland and Malta]”. Read about the u-turns in transgender policies in the United Kingdom and Sweden.

Also speaking about the need to protect minors, a group of 450 Spanish psychiatrists said they were “highly concerned about the impact that the form and content of the so-called trans law is having, and is likely to have to a much greater extent, on minors with difficulties in their socio-emotional and identity development”.

Not listening to medical experts is a “gross institutional neglect in the care of children”, as it is the fact that the law does not consider the need “to provide information about the consequences, positive and negative, and foreseeable benefits and risks to mental and physical health of any transitional decision or intervention that is made”.

They go as far as to denounce that the draft law of the government “presumes parents are hostile to their children’s interest by default”.

Furthermore, the Spanish General Council of the Judiciary, the highest legal authority in Spain, said the law gives “privileges” to people who identify as transgender. The text “does not comply with the principles of criminal legality and legal certainty” and puts secure places for women and children “at risk”.

A legal change of gender should only be allowed without restriction to adults, they said. And a ban on so-called “conversion therapies” would also clash with legality, the CGPJ said: “There is no possible ban in situations where the consent of the person concerned is given”.

The text received the criticism from faith groups, such as Roman Catholics, Muslims, and evangelical Christians.

In a statement already published in 2020, when the plans for a trans law were first presented, the Spanish Evangelical Alliance said “the term ‘gender identity’ promotes a kind of ‘free bar’ for sex changes, generating a cascade of problems in social coexistence that directly affect women”.

They also urged to look at “other countries” where “the trivialisation of the approach and treatments” have led to worrying “side effects on children”.

Asun Quintana, leader of the evangelical feminist group Seneca Falls Platform, said: “We are not alarmed by the bill just because it is contrary to our Christian worldview but because it threatens democratic freedoms, curtails freedom of conscience and freedom of expression, and encroaches on the competences of civil society and the family”.

A survey conducted by Sigma Dos in October showed that although 63% of the respondents said they agreed that “a person can choose their gender no matter what their biological sex is”, there was a 65% of respondents who said there should be more limits to the ability for teenagers under 18 to change their sex registration.