China: “Christianity is still perceived as a Western religion” but many are “open and curious”

A Christian worker expelled by Xi Jinping's government in 2018 shares his views about the spiritual state of the country. 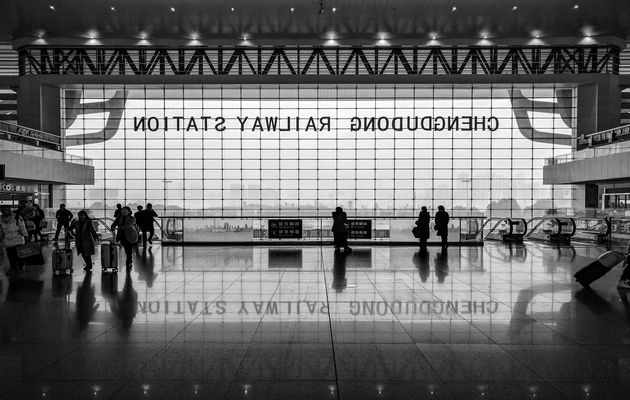 A Christian who served for two decades in China in the area of non-profit medical services before being expelled, said the newest efforts to stop the advance of the gospel will not succeed.

Peter* (not his real name) had to leave the country in 2018 after an official directive of President Xi Jinping was announced after the National People’s Congress that year.

Following the strategy of “making all religion in China to be more culturally Chinese”, the government started sending as many foreign Christian workers as possible back to their home countries.

“Even though my work was in medicine and compassion, in the eyes of Chinese officials I was turning the hearts and minds of Chinese people away from total allegiance to the Chinese communist ideals”, Peter told Evangelical Focus.

“Many Chinese are open and curious about the Christians beliefs”, Peter says. Additionally, “many cultural, linguistic and ideological barriers that existed in the past have been removed”, he explains. But “Christianity is still perceived as a Western religion and the new believers feel they have to embrace the Western values and culture to become a Christian”.

This cultural problem of mixing the Christian faith with certain foreign ways of life is a serious issues. “I see a need for Chinese Christians and foreign missionaries to work together to make the faith more contextualized in Chinese culture”, he says.


THE ‘EXODUS OF CHRISTIANS’ AND ITS IMPACT AROUND THE WORLD

The Chinese government has been escalating its measures to control the population - with facial recognition, internet blockages, rewards offered to whoever reports house churches… What will the life of Christian communities look like under these new kinds of control?

Peter believes that the “number of church goers will decrease”, but this could “another testing and purification of the church in China - core believers will find a way to maintain their faith and fellowship”.

But one positive and “unexpected result of this totalitarian control” is that as many Chinese Christians seek religious freedom for their families elsewhere, these “Chinese believers will become a witness for Christ to the people of their newly adopted countries”.

It is more, Peter believes “this outward exodus of Chinese believers will not weaken the churches in China. Many Chinese believers especially in Europe are in constant contact with their families and home church fellowship through internet and worldwide Chinese church network is growing stronger every day”.

What Peter describes is confirmed by research that shows that many Chinese Christians serve in Christian mission in other countries (mainly in Southeast Asia). The opening of Chinese Christian seminaries is just an example of this.

They will formulate “their own model of mission strategy that may look different from the mission models practiced in last 200 years”, says Peter. “I trust that God will work among the hearts of new Chinese diaspora raise up new workers for His harvest”.

Most Bible-believing Christians in China are part of ‘home churches’. The leaders of this non-registered communities are often isolated. “Church leaders in China need more spiritual formation and encouragement than ever before”, Peter explains.  “Many Chinese church leaders can receive spiritual and emotional support individually or in small groups either in China or short-term trips to countries outside of China”. What is increasingly true as well is that “Chinese Christians are financially capable of providing their own expenses to make trips outside of China”.


THE ISSUE OF ‘SINICIZATION’

He goes further to say: “I think it is important to allow the Chinese people to determine their own core values rather than putting the pressure to accept the values of individualistic human rights”.

What to do in the strong push to adapt every faith and social movement to a new Chinese standard? “It is my observation that the majority of people in China fully support the idea of ‘sinicization’. The only thing that will cause the decline of Chinese Communist party is their own greed, corruption and lack of transparency”.

“Whenever possible, let the Chinese Christians know that they are not alone but that all of the family of God stand together with them”.