China celebrates the 70th anniversary of the Republic as the violence escalates in Hong Kong. “The role of Christians is to be peacemakers”, a Hong Kong Christian leader says. 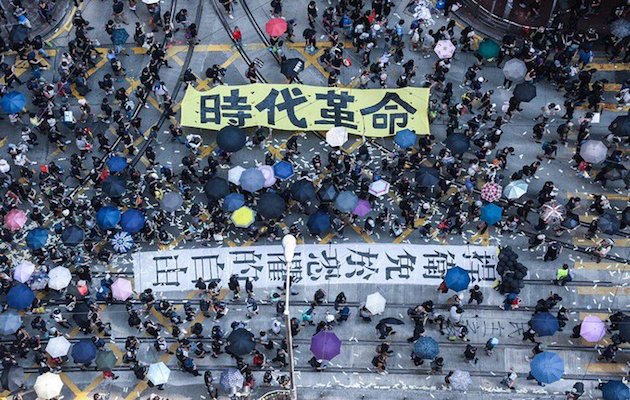 Many flowers and red flags filled the Chinese Tiananmen Square on Tuesday, where thousands of students were massacred by the Beijing government 30 years ago.

China is celebrating the 70th anniversary of the founding of the People's Republic, trying to show a unity that transcends the ethnic and regional issues, concentrating on the figure of President Xi Jinping.

However, even the Chinese government looks towards Hong Kong, where the police have shot a protester with live ammunition for the first time in four months of demonstrations, marking a major escalation in the use of force on the day of the anniversary.

Protesters continue to ask for their five petitions: a complete withdrawal of the bill, the withdrawal of the “riot” characterisation of the June 12 protests, the unconditional release of all arrested protesters, the formation of an independent commission of inquiry into police behaviour, as well as universal suffrage.

“We will monitor that closely, as the head of the government of the Special Administrative Region of Hong Kong, Carrie Lam, has a history of lying in her career, despite she claims to be Catholic”, April Kwok, a young Christian protester told Spanish news website Protestante Digital.

Week after week, thousands of people occupy the streets with tension and violence that continue to grow. According to a Christian leader who wishes to remain anonymous, the situation “is very unstable, and the protests are now not concentrated at specific places, but around subway stations and police stations”.

There have been Molotov cocktails, homemade explosive devices, traffic disruption, damage to urban furniture and, above all, attacks to national symbology during the demonstrations.

“The national flag has been desecrated several times in recent riots. The Hong Kong government has strongly condemned these acts and said that criminals could face sentences of up to three years in prison”, said Xinhua, the official news agency of the Beijing government on Sunday.

Police water cannons returned to the streets on Sunday 30 September, along with the tear gas canisters and pepper sprays.

According to the Christian leader on the field, “the brutality of police has become more serious, so Hong Kong people are much eager to set up an independent investigation committee to examine all happenings completely”.

“The government did not give response to people's requests, and allow the police to have unlimited power to suppress the protests. Since we still have social media to spread out the news, people are more angry and some are reacting violently”.


“GOVERNMENT DOES NOT HAVE ANSWERS”

Kwok agrees and points out “police are using excessive violence and arresting people for very ridiculous reasons, like having two transportation cards. They even arrested protesters who are only 12 or 13”. 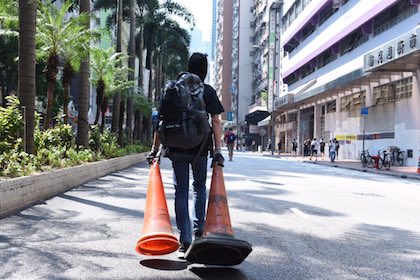 A protester walking to the demonstration. / @HongKongFP


“FUNDAMENTAL CHANGE IN THE SYSTEM”

The barricades, fueled by the police response, have overshadowed, once again, the initial approach of the peaceful marches that crowded the center of Hong Kong in early summer, and gathered more than one million people.

“The government keeps saying it is housing price or about money etc. However, some young professionals like me don't even worry about housing issues”, Know said.

Since the beginning , “2 million protested, but the government didn't listen. If the bill was withdrawn in June, it wouldn't turn into the situation like today. However, the very reason the government didn't have to listen to the people is that we can't vote, as we were promised in the Basic Law”, she added.

According to the Christian leader, a way to reduce tension would be “to set up an independent investigation committee, and some officials resign and apologise for the faults”.

Meanwhile, Kwok argued that “you cannot calm the situation unless there is a fundamental change in the system”.


“MOST CHURCH LEADERS ARE PRO-GOVERNMENT”

“As Christian, I know very well that human nature is evil, that's why we need to have a system to make sure the government is doing its job, until God's kingdom is here and reign in His sovereignty”.

Christians in the city are organizing prayer meetings and opening the doors of their churches for the rest of the protesters, among other things.

“The leaders of the churches (especially in Chinese churches) are more likely to be pro-government, as in Chinese culture obedience is more important than anything”, the Christian leader explains. “Civil disobedience would be considered against the Bible's teachings. However, there is a huge number of Christians who support the protesters because they think is faIr, or they are scared of losing their religious freedom, as in the Chinese concentration camp of Xinjiang”.


“PROCLAIM THE GOSPEL BY OUR ACTIONS”

Kwok emphasised that “the most powerful way to proclaim the gospel is by our actions, like what the Christians did to protect the protesters, when they sang 'Sing Hallelujah to the Lord'”.

“That has become an extremely powerful testimony to the society and a lot of citizens claimed that they really see Christian's testimony in that protest”, she added. 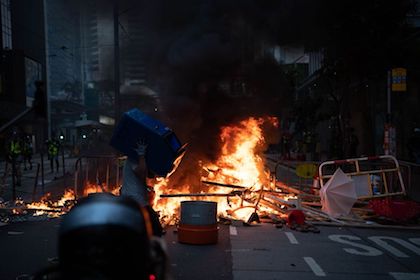 An image of the barricades. / Xinhua

Kwok explained that “the way of doing ministries in Hong Kong has stayed the same in the past 2 decades, and it fails to respond to the current affairs and the current generations”.

“There is a belief that churches should remain silent on political issues in general, but there are also some smaller churches that were founded because there is a group of Christians, who believe that the church does not belong to the world, yet is still in the world”.

The Christian leader pointed out that “many Christians stand with the people to fight for their requests, but some of them could not accept the degree of violence right now, and are afraid of the chaotic situation and the awful power from the mainland”.


“THE BEST OPPORTUNITY TO BRING THE MESSAGE OF CHRIST”

Kwok agrees that “there are different points of view among Christian communities”, but for some of its members, the questioning of the idea 'one country, two systems', referring to the relationship desired by Beijing between China and Hong Kong, is creating occasions to transcend the curren political and situation”.

“Some of my friends and I see it as an opportunity to share the gospel when people are desperate. It is the best opportunity to bring in the message of hope in Christ, and that God is in control of everything”, she said. According to Kwok, “it really is the biggest crisis in Hong Kong after WWII, and it is not only caused by Carrie Lam but also the external factors which are not in control of Hong Kongers, and we all know everything is in God's hands”.

The Christian leader stressed the “the role of Christians is to be peacemakers, and to bring hope to those who are depressed and distressed”.


“PRAY FOR HONG KONG AND CHINA LEADERS AND FOR THE CHURCH”

From Hong Kong, Kwok asks Christians worldwide to “pray for the leaders in Hong Kong and China, pray that they have the courage to admit their mistakes and wisdom to implement changes in the system”.

“Pray that the church will remain united. We need to have a clear mind, instead of being overtaken by hatred and our emotions, but at the same time strive for justice”, she concluded.