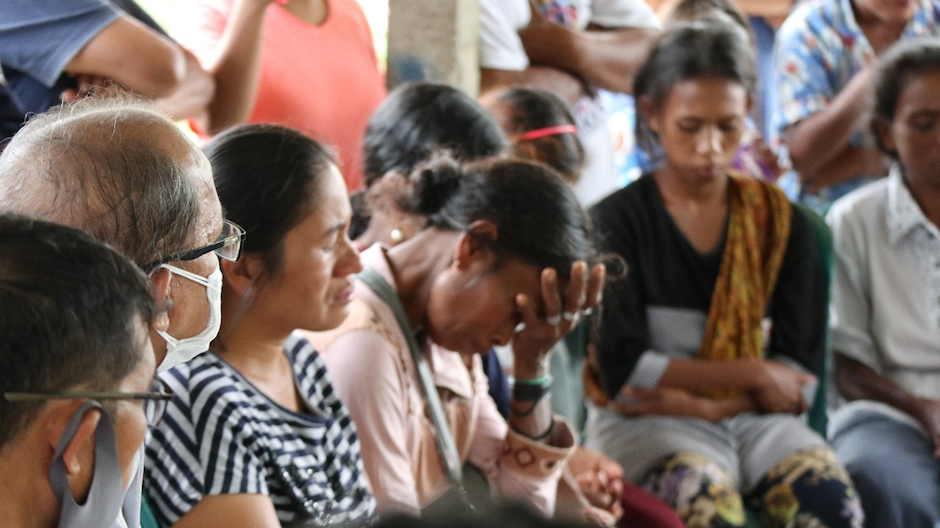 Persecution of religious minorities has intensified with the Covid-19 pandemic, according to the latest USCIRF annual report. / Photo: Open Doors.

The United States Commission on International Religious Freedom (USCIRF) has released a new edition of its annual report on religious persecution worldwide, focusing on the effect of the public health measures put in place to prevent the spread of Covid-19.

The commission's chair, Gayle Manchin, pointed out that “this past year was challenging for most nations trying to balance public health concerns alongside the fundamental right to freedom of religion or belief”.

As in previous editions, the USCIRF divides the document into several sections including a list of fourteen countries that it recommends the US State Department to consider as “countries of particular concern” (CPCs), and twelve more nations that “should be placed on the State Department’s Special Watch List (SWL)”.

Furthermore, the commission presented a series of recommendations to the government and reviews whether those from the last report have been implemented, such as increasing aid to support religious minorities and religious freedom, increase the sanctions against those who violate this right, and designating the reality of the Uyghur people as genocide.

The CPCs are those where “their governments engage in or tolerate systematic, ongoing, and egregious violations” of the religious freedom rights. These include Myanmar, China, Eritrea, Iran, Nigeria, North Korea, Pakistan, Saudi Arabia, Tajikistan, Turkmenistan, India, Russia, Syria, and Vietnam.

For the first time ever, the State Department designated Nigeria as a CPC in 2020, something that USCIRF “had been recommending since 2009”.

In its list of SWL countries, USCIRF mentions Afghanistan, Algeria, Azerbaijan, Egypt, Indonesia, Iraq, Kazakhstan, Malaysia, Turkey and Uzbekistan, as well as Cuba and Nicaragua, after the State Department previously did so in December 2020.

The Central African Republic, Bahrain and Sudan are no longer on the list, because “although religious freedom concerns remain in all three countries, conditions last year did not meet the high threshold required to recommend SWL status”, explained USCIRF.

As Open Doors did in its annual World Watch List, the USCIRF also warns that persecution has worsened during the pandemic.

But it also insists on “the swift and significant progress that can and has been made, as in Sudan, to support and strengthen religious communities of all faiths”.

According to the report, “while many of these restrictions were justifiable under public health exceptions defined in international law, some restrictions harmed religious minorities or otherwise violated freedom of religion or belief”.

“The pandemic also fostered a wave of misinformation targeting religious minorities”, underlines the document, which also stresses that "despite being obliged by international law, many governments have failed to respond adequately to that misinformation”.

“We urge the Biden administration and Congress to champion religious freedom and to center the safety and dignity of religious communities as foreign policy priorities”, reads the USCIRF report.

They also call on the Administration to “maintain the United States’ leadership roles in the Alliance and the International Contact Group on Freedom of Religion or Belief […] and to review US policy toward the CPC countries, to demonstrate meaningful consequences and encourage positive change”.

Furthermore, they call on the Congress to join other entities in promoting religious freedom, and to adopt a resolution to establish a Senate Human Rights Commission to monitor violations of religious freedom and freedom of conscience, among other abuses.