“We thought Covid-19 was going to minimize the effect of persecution, but it has been the opposite. Persecution has increased”, says the director of Open Doors Spain. The organisation releases its annual World Watch List. 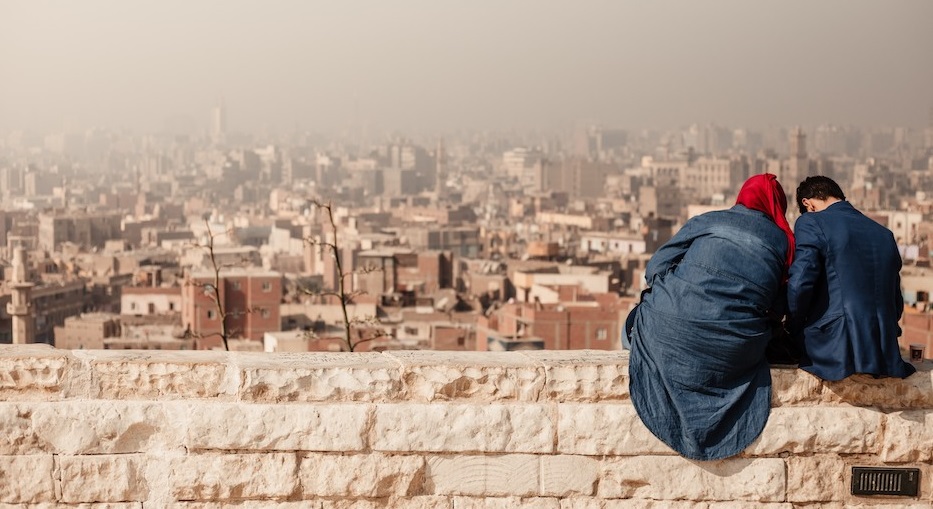 The coronavirus pandemic has intensified hostilities against Christians. / Open Doors.

The coronavirus pandemic has intensified hostilities against Christians throughout the world, as reflected in the latest edition of the World Watch List (2021) published by Open Doors.

According to the report, the epidemic has “highlighted and exacerbated underlying discrimination experienced by Christian minorities, and legitimised increased surveillance and restrictions”.

The report quantifies that, during 2020, around 340 million Christians worldwide have suffered “discrimination, unequal treatment and violent persecution”. Last year, 4,761 people were killed because of their Christian faithJesus, the organization says. In total, 60% more than the previous year.

Furthermore, 4,277 Christians were arrested without legal proceedings or sentenced while already in prison, and 4,488 Christian places of worship were attacked. 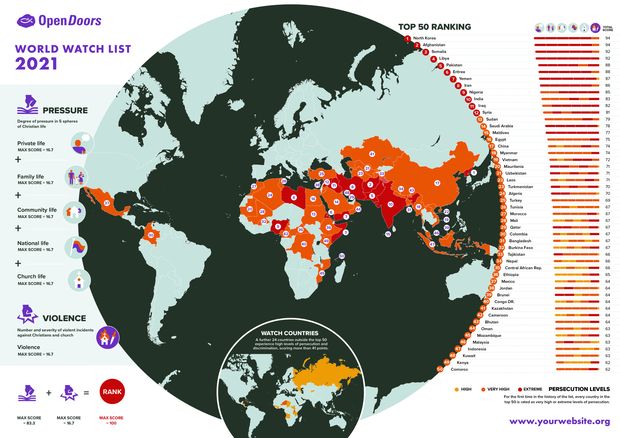 The pandemic, an aggravating factor

The report underlines the coronavirus pandemic as one of the factors that has generated “a great impact on the lives of Christians living under constant pressure”. “We thought Covid-19 was going to minimize the effect of persecution, but it has been the opposite. Persecution has increased”, Blake pointed out.

That is why this year's list is longer than in previous editions. In addition to the 50 countries with the highest levels of hostility towards Christians, Open Doors always includes a space with countries which also have high levels, and this year it is made up of 24 further nations.

The entity states that the persecution consequences of the pandemic are related to the worsening of economic, social and cultural structures, but also to “the use of the virus by organised criminal groups as means to extend their control, and by authoritarian governments to increase surveillance and restrictions”.

“In a world where the persecution of Christians is relentlessly increasing, not least due to coronavirus restrictions, the good news is that they are never alone because of God’s presence with them, prayers for them globally and the heightened advocacy for them by churches, organizations and others who believe in religious freedom”, CEO of Open Doors International, Dan Ole Shani, stressed.


Women and children, silenced by persecution

This new publication dedicates a specific section to the gender perspective in the field of persecution. “It is not that the effect of persecution against Christian women has not been growing, but we have discovered it over time”, Blake explained.

“In many societies of the countries listed, men are much more visible than women. Women suffered in silence from everything that happened. Women are attacked through rape, abuse, forced marriages or the threat of taking their children”, he added.

They also include the first findings of their analysis on the effect of hostilities on children in Christian families.

“Children are affected by the faith of their parents. When a Christian child goes to school in a country where the majority religion is different, they suffer social rejection by other children and teachers”, the director of Open Doors Spain underlined.

As in previous years, the list gives several suggestions for institutions and governments to help fight persecution, such as “investing on further research and data collection showing how COVID-19 has affected religious minorities; and Implement concrete policies to ensure that the vulnerabilities of Christians and other religious minorities are considered".

“Many of the countries on our list are signatories to agreements on the rights and implementation of religious freedom. So when they appear on the list, there is a contradiction and that can be used to draw attention to them”, Blake said. 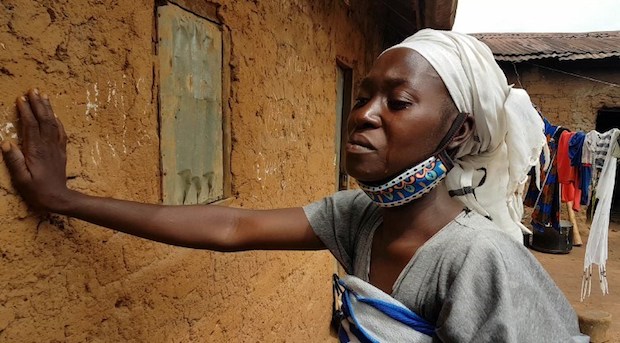 [photo_footer]Women are attacked through rape, abuse, forced marriages or the threat of taking their children. /Open Doors.[/photo_footer]


Africa, the most deadly continent for Christians

The images of Boko Haram militia murdering Christians last Christmas Eve in north-eastern Nigeria was one of the latest signs of the violence that has not ceased to grow in the continent, and which on many occasions has been directed against Christians.

“Violence in Nigeria used to be mostly in the north, but we are now seeing that it is reaching every corner of the country. President Buhari is facilitating the increase of violence in Nigeria”, Blake denounced.

Furthermore, Mozambique, a country with a Christian majority, rises to the 50th place for the first time, because of the jihadist attacks in the region of Cabo Delgado, in the north of the country, as well as the Comoros Islands.


Persecution in Asia continues to increase

Asia remains the most dangerous continent for Christians, hosting 77% of attacks on Christian places of worship worldwide and with North Korea and Afghanistan topping the list for another year.

However, the growth mentioned in the latest Open Doors publication is related to increased control by China, the consolidation of Hindu nationalism in India and the discriminatory attitudes towards Christians in the management of the pandemic in countries such as Vietnam, Bangladesh and Burma.

China has re-entered the top 20 for the first time in a decade and India remains in the 10th position. 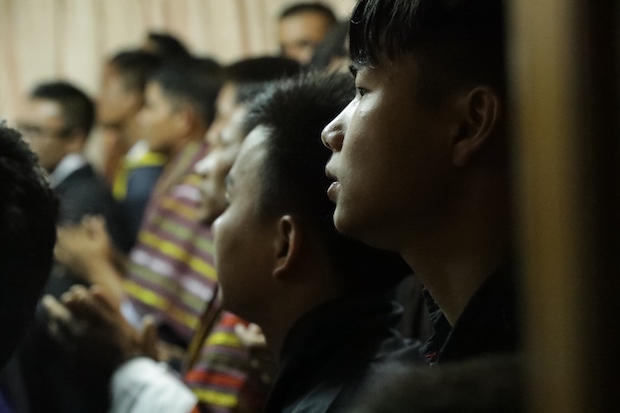 [photo_footer]China has re-entered the top 20 for the first time in a decade. / Open Doors.[/photo_footer]

Latin America once again has two representatives on the 2021 World Watch List, with the return of Mexico, in addition to Colombia. In both countries, hostility against Christians is linked to violence against indigenous populations and the influence of organised crime and other armed groups.

“The life of a Christian is different, as opposed to sin. When a Christian faces situations of crime and illegitimate business, it causes persecution. But they do so, not simply because they oppose organized crime, but because of their faith they have another lifestyle”, Blake said.

Another novelty on the list is the fall of Russia from the top 50 countries on the list, after reaching 46th place last year.

Meanwhile, Turkey has risen to number 25 from 36, “due mainly to an increase of its score for violence. Since the 2016 attempted coup against President Erdogan, there’s a much more open Islamist and nationalist agenda, with a general atmosphere of hate speech and actions against minorities”.

Furthermore, Open Doors considers that, although there have been attacks in Europe, such as the assassination of the French secondary school teacher Samuel Paty, and the Islamic attack in Vienna, the situation on the continent, as well as in North America and Oceania, will not lead to a rise in the level of persecution right now.

“The persecution that is being experienced, for example, in Africa, has no point of comparison with the situation in Europe. On the European continent we still have many guarantees of our freedoms today”, Blake concluded.