The 4th Spanish Bioethics Conference will give a Christian perspective on creation care, life and death, and AI. “Bioethics is not primarily a theoretical issue to be considered at a university classroom, but a practical reality in everyday life”. 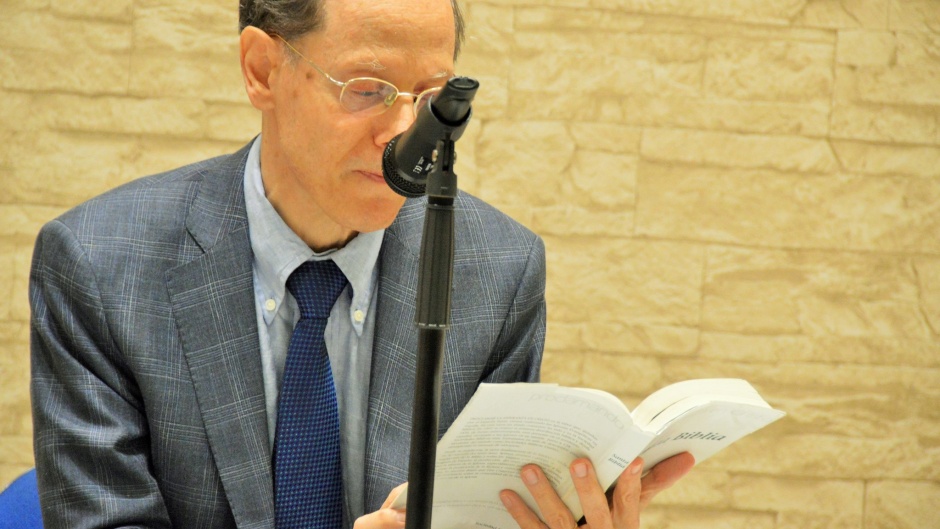 From 2 to 5 December 2022, the 4th Spanish Bioethics Conference will be held in Madrid. The event is organised by evangelical Christians once in a decade.

Pablo Martínez Vila, a well-known psychiatrist, writer and international speaker, is one of the main speakers of a congress-type gathering that will create space for reflection and discussion on all kind of bioethics issues, including Artificial Intelligence, abortion, euthanasia, and creation care.


Question. What is the significance and transcendence of this conference?

We must be aware of a subtle battle in our Christian life: while the Holy Spirit works within us, the spirit of the age, the secular spirit, works from outside upon us; these are conflicting influences, this is why discerning the spirit of the age is not a luxury reserved for some “thinking or intellectual Christians”, but a necessary exercise for every believer; it is an indispensable condition for developing the mind of Christ, that is, for having a Christian worldview.

Bioethics is not primarily a theoretical issue to be considered at a university classroom, but a practical reality in everyday life. Even without noticing it, we are constantly facing decisions that have to do with bioethics. In other words, it is not just a debate of ideas, but - never better said - a matter of life and death. That is precisely the title of a book by the Conference speaker, John Wyatt. An excellent work which I recommend.

Q. This year the theme is “For life and creation care” , which implies a broader view of our world as Christians, including the care of creation. How do you assess this aspect of the Conference?

A. It is a wise decision by the organisers because the Earth is becoming increasingly ill. We could say that the groanings of creation are more and more audible every day (Romans 8).

God gave humans the responsibility to steward the earth (the cultural mandate of Genesis 1:28). In other words, we are stewards of a house that is not ours, but was given to us in usufruct.

[destacate] “Discerning the spirit of the age is not a luxury reserved for some 'thinking or intellectual Christians'”[/destacate]The care of God's creation is an inseparable part of our stewardship as Christians. Nevertheless, we need a word of caution here: beware of an extreme that we are witnessing today, the worship of nature, environmentalism as a religion.

Christians enjoy nature, we care for nature, but we do not worship nature. Environmentalism cannot become an idol. Ecology cannot be a new form of religion.

Being a passionate advocate of environmentalism is admirable, it is necessary, but without losing sight of the order of values: Creation does not come before the Creator. We cannot fall into the sin of which the apostle Paul warns, "worshipping the created things, the creature, rather than the Creator" (Rom. 1)

Therefore, we agree 100% to be stewards of the Creation, but by no means worshippers turning environmentalism into a new form religion. Be careful because idolatry is very often a subtle intruder.

Q. What other issues have changed or what new topics or debates have been introduced from a Christian ethical perspective in recent years?

A. The essential problems in bioethics always revolve around the same issues, life and death, whether of people or of Creation. This will not change because bioethics means just that: the ethics of life.

What has indeed changed is the framework, the ideological environment in which we face these issues. Compared to the first Conference in 1988, the way we have to deal with these issues has. We could say that “the pool” has not changed, but “the water of the pool” has.

In what sense? The West is on the road to ideological totalitarianism, a dictatorship of ideas subject to a secular religion ironically called "progressivism". This religion is nothing but neo-materialism, a variation of the scientific materialism of the last two centuries.

The key point for us (in bioethics) is the concept that this religion has of Man: its anthropology is based on a radical individualism and a narcotising hedonism. It narcotises many by offering a paradise of happiness based on autonomy, self-realisation and self-sufficiency.

[destacate]“A narcotising paradise of happiness based on autonomy, self-realisation and self-sufficiency is being offered”[/destacate]I find it striking that the father of scientific materialism - H. Spencer - ordered to write just one word on his tombstone: Infelicisimus, deeply unhappy. This epitaph was the summary of his life. Scientific materialism ultimately leads to deep unhappiness.

A significant example of this profoundly selfish anthropology in the current way of legislating: the right to die is defended at all costs - assisted suicide law, euthanasia law, etc.; but on the other hand, the right to live of the unborn is suppressed, the right to be born is eliminated.

Furthermore, this perversion of values is done by suppressing such elementary rights as the right to information, reflection and freedom of expression (very questionable and reprehensible aspects of the new abortion law in Spain).

This oppressive context, which restricts basic freedoms, is what has changed, and as believers we should be concerned about where it may lead us and where it may end up.

Q. The main guest speaker is John Wyatt, what do you think he will bring to the debate on euthanasia and other ethical issues?

A. John Wyatt is both a humble person and a great thinker. We met 40 years ago through John Stott. Since then we have enjoyed a good friendship.

He is highly qualified and has outstanding academic credentials. He masterfully combines deep reflection with practical application. He is a down-to-earth thinker. This makes him a highly respected voice, not only in Christian but also in secular circles.

His contribution over the years has provided a remarkable Christian worldview of bioethics, an essential guide to think and live rightly on these issues. Listening to him will surely be very enriching.

Q. You participate with several biblical reflections on human dignity. We don't want to make spoilers, but to what extent is this issue challenged in our society?

A. Our society is subtly but deliberately undermining human dignity. Something is seriously wrong in a world that is extremely concerned about the welfare of animals, protects them with laws and elevates them almost to the status of persons, but at the same time allows and promotes the killing of human lives that are being formed (abortion).

Treating animals as people and people as animals is one of the most evil features of our time.

[destacate]“As our society turns away from God, it erases progressively that divine seal and equates man with the animal”[/destacate]Why do I express myself in these serious terms? Human dignity comes from the image of God being stamped on the human being. What differentiates us from animals is that we are created in the image and likeness of God. Animals are God's creation but they do not bear the image of God.

This unique divine seal is the source of the dignity and sanctity of human life, its sacredness, which prevents us from killing another person.

As our society turns away from God, it erases progressively that divine seal and equates man with the animal. This is a natural consequence of the materialistic concept of the human being, we are nothing more than a “naked ape” (Desmond Morris).

This tendency is reinforced today by Eastern religions, particularly Buddhism, which gives a sacred character to certain animals. This growing influence of orientalism is subtle but very powerful. Its ultimate consequence is the worship of animals; animalism is on the way to becoming too a new religion.

We must speak out as believers because this is also a matter of bioethics. We care for animals and we are concerned to treat them properly (this is what the Word of God teaches us), but we cannot equate them; human beings are sacred because they bear the image of God, animals are not.

A. Two words, “Come and see”, as Philip said to Nathanael. I think it is important to attend this Conference in order to learn, to commit and to act.

Our bleeding world needs the Christian worldview of bioethics because it is a spring of life and quality of life. Jesus said: "I have come that they may have life, and have it abundantly (Jn. 10:10). All bioethics emanates from that.