Highlights are the fight against human trafficking and the efforts to integrate victims in the labour market. Spain is among the European countries with highest levels of prostitution. 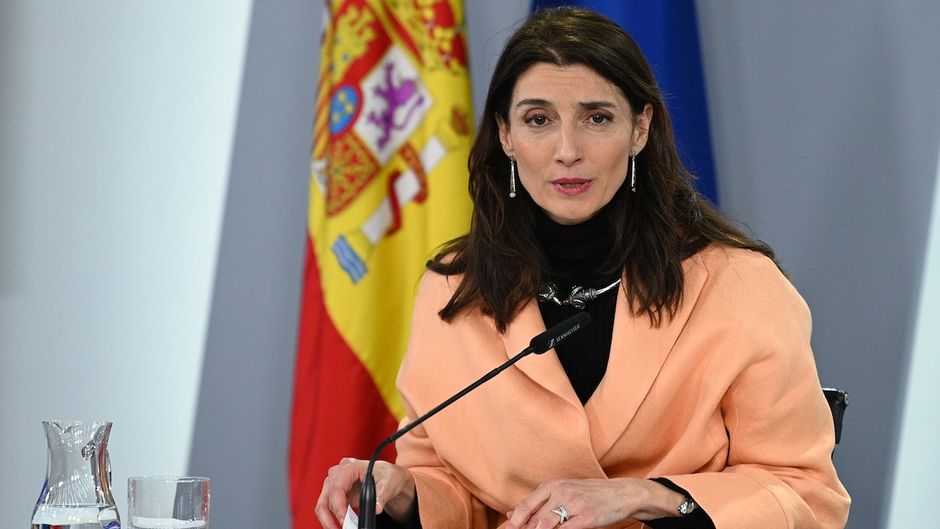 The Minister of Justice, Pilar Llop, during the presentation of the draft law. / Borja Puig de la Bellacasa, Moncloa

The Spanish cabinet has approved the draft law against human trafficking and exploitation, which was pending for some time and it will now be submitted to the Parliament.

After recent tensions between the ministries of equality and justice, especially over the inclusion of the right to residence, housing, work and minimum living income for victims of trafficking, the Minister of Justice, Pilar Llop, announced the approval of “a document that puts an end to the scattered regulations” and which is “the result of interdepartmental consensus”.

In addition to Justice, Equality, Interior and Inclusion, the text circulated through nine other ministries in its drafting process.

“It is a law to advance in the fight against the mafias that work with women, men, and above all with girls and boys; one more step to advance in the dignity of our country and its people, fighting against an unbearable reality in the 21st century”, stated the Spanish president, Pedro Sánchez.

The government assures that the law focuses on prevention and raising society's awareness of the reality of human trafficking, and that it stresses the role of demand and the importance of dismantling the business, with penalties ranging from one to four years for pimps, for example.


A national plan for trafficking and social and labour integration

Spain is one of the European counties with the highest levels of prostitution, and among the top countries in the world in human trafficking.

That is why the two pillars of the draft law are the national plan against human trafficking and the social and labour integration  plan.

It includes a national awareness and prevention plan, with campaigns to raise public awareness and discourage the demand of postitution.

They will also include specific actions aimed at migrants, refugees and asylum seekers, and will have a special focus on teenagers and workers in sectors that represent a higher risk.

The social and labour integration plan will have to be reviewed every three years. It includes the right to housing for victims of human trafficking, as well as their social and health care, the right to decent employment and economic assistance, including for others who depend on them.

The draft law includes among the rights of victims, regardless of their nationality and personal circumstances, access to free legal assistance, guarantees of privacy and the right to a minimum living income.

They will also be able to return to their countries voluntarily and with assistance, receiving the necessary documents from the authorities.

It will not be necessary to file a complaint for such rights to be recognised. Likewise, the law provides for the protection of minors who are victims of human trafficking and exploitation, with specialised assistance.

The assessment of the cases will be carried out, in the first stage, by a National Referral Mechanism, in charge of following the protocols and evaluating the immediate needs of the victim.

If a referral is made, the text says, it will be transfer as quickly as possible “to the first reception entity designated in each region”.


Addressing human trafficking in the classroom

According to article 7 of the draft law, the educational curricula of the different stages of education will have to include content related to the prevention of violence and exploitation of people.

That content can be used as a basis for future activities to raise awareness and sensitivity to this reality.