Two thirds voted "yes" to the new Family Code promoted by the regime. 20 evangelical denominations asked to vote against. 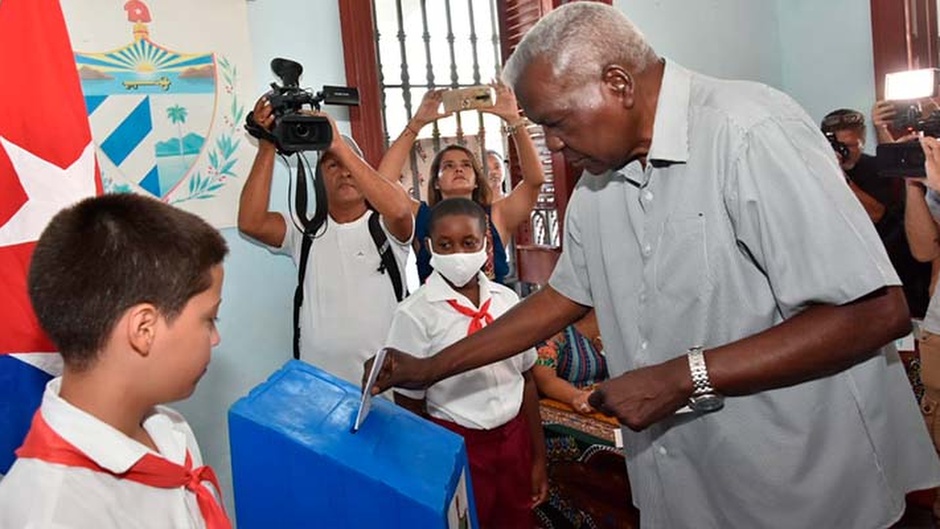 Cubans voted in a referendum on the Code of Families on 25 September 2022. / Photo [link]Prensa Latina[/link]

Cuba’s National Electoral Council confirmed on Monday morning that the new ‘Code of Families’ - submitted to a popular referendum - was approved with a valid “yes” vote of 66% of the ballots, almost 4 million people.

The new code legalises, among other things, gay marriage and adoption of children by same-sex couples.

Cuban President Miguel Díaz-Canel welcomed the results. The Cuban presidency posted on its Twitter account a poster saying that “Love is already law”.

The initiative defines marriage as the voluntarily agreed union of “two people” instead of “between a man and a woman”, as established by the existing 1975 law. This opens the door to same-sex unions, a controversial issue in a country where in the early years of the Cuban communist revolution homosexuals were frequently detained and sent to labour camps for “rehabilitation”.


The “no” of the evangelical churches

Days ahead of the vote, leaders of 20 Cuban evangelical denominations issued an official statement reaffirming their position against same-sex marriage. They consider that, within the reform of the Cuban regime’s Constitution, this is a proposal “totally incompatible” with the “thinking of the fathers of our homeland”.

In a document, shared on social media by some of the churches that signed it, they consider the family, “as taught by the Word of God” as “a divine institution through marriage as the exclusive union between a man and a woman”.

The Cuban Methodist Church also organised a prayer chain before the referendum on the controversial Family Code. This prayer chain was coordinated together with different evangelical leaders so that in the days leading up to the referendum, all the Christian people of the island would be praying for the nation.