The Islamic country replaces North Korea at the top of the World Watch List after 20 years. One in seven Christians worldwide suffers persecution, says Open Doors.

The persecution in countries with Islamist leadership continues to be on the rise, shows the World Watch List 2022 of Open Doors. / Photo: [link]Open Doors Spain, Puertas Abiertas[/link].

Afghanistan is now the most dangerous place in the world to be a Christian, according to figures released today in the 2022 World Watch List (WWL).

This year records the highest levels of persecution since the first list was published 29 years ago, and in recent years has plotted a steady increase. 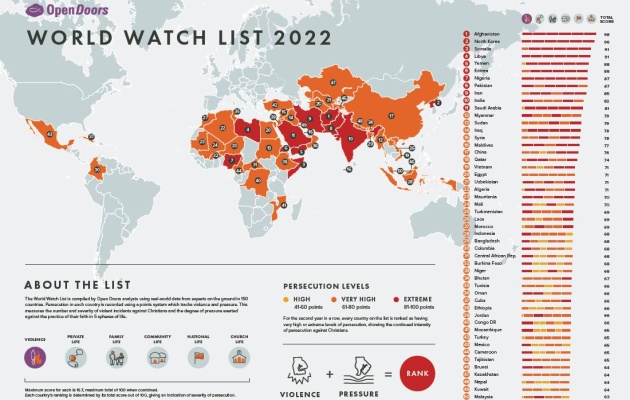 - Christian men are facing almost certain death if their faith is discovered.

- Women and girls may escape death but may be married to young Taliban fighters who want "spoils of war". When women and girls are raped, they will be trafficked.

- The incoming Taliban government gained access to recordings and reports that helped to identify Christians who were often detained, in order to identify networks of Christians, before being killed.

- Taliban fighters are actively tracking down Christians from existing intelligence, even going door-to-door to find them.

- Much of the Christian population has fled to rural regions or refugee camps in neighboring nations – all of which feature in the WWL as countries hostile to Christians.


Emboldened: the ‘Talibanization’ of West Africa and beyond

Meanwhile, the fall of Kabul has fuelled a new mood of invulnerability among other jihadist groups worldwide. The groups believe that they won’t face serious opposition from the West for their expansionist agendas and are exploiting nations with weak or corrupt governments.

The current jihadist expansion has moved Nigeria’s former Head of Naval Intelligence, Commodore Kunli Olawunmi to describe a concerted strategy of ‘Talibanization’ in Nigeria by the jihadist groups – a deliberate, religiously-motivated degrading of security and order in which state actors and tribal groups are complicit.

In Nigeria a total of 4,650 Christians has been recorded as killed – 79 per cent of the worldwide total.

We can see a similar strategy by jihadist groups and their supporters elsewhere in the region.

The continuing violence and destabilization in these areas look set to have serious consequences as hundreds of thousands more around the world flee their homes for safety.

“The rise of Afghanistan to the top of the World Watch List is deeply troubling,” says Ted Blake, CEO of Open Doors Spain. “Apart from the incalculable suffering it represents, it sends out a very clear message to Islamic extremists everywhere: ‘You can continue your brutal fight for influence, unchecked.’ Factions like Islamic State and Alliance of Democratic Forces (ADF) now see their goal of an Islamic caliphate - once thwarted in Iraq and Syria – as, once again, achievable. The cost in human lives and misery this new-found sense of invincibility is causing, and will continue to cause, is hard to overstate.”

An estimated 84 million people have been forced to leave their homes, either internally displaced, or, for an estimated 26.6 million, as refugees in other nations. A significant number are Christians, fleeing religious persecution:

- In parts of sub-Saharan Africa the Christian population has simply emptied out and left. In the past few years, hundreds of churches have been closed in Burkina Faso, Mali, Niger and 470 in Nigeria for this reporting period alone.

- Hundreds of thousands have fled Islamist violence (e.g., in the Sahel region) or are fleeing forced conscription (Eritrea #6), civil conflict (Sudan #13), state repression (Iran #9), and/or family oppression due to their faith.

- Christian internally displaced people and refugees continue to live in Iraq (#14), Syria (#15), Lebanon, and Jordan (#39) amongst others. As Christians they can be denied humanitarian and other practical assistance by authorities.

- In Myanmar (#12), at least 200,000 Christians have been internally displaced and 20,000 fled the country as Christian regions have been targeted in the ongoing conflict.

Often, when people have fled their homes, they are even more vulnerable. Christian women fleeing their homes and seeking safety report sexual assault to be the leading source of persecution, with multiple reports of women and children subjected to rape, sexual slavery, and more, both in camps and while they journey in search of safety. Poverty and insecurity compound their vulnerability, with some drawn into prostitution to survive.

As jihadism spreads and destabilizes nations, we can expect this Christian exodus to multiply further.


‘One country, one people, one creed’ – the suffocation of diversity

As China’s (#17) economic influence spreads across the world, so too does its authoritarian imposition of conformity on its citizens. This extends to pretty much every area of life; speech, belief, and behavior.

From May 2021 new legislation required China’s religious leaders to “love the motherland, support the leadership of the Communist Party and the socialist system”. They must not “undermine national unity”.

This is enforced by the ruling party’s use of pioneering technology to surveil and control its citizens. In two provinces, all official Christian churches have surveillance cameras installed.

And this technologically fuelled authoritarianism is rapidly spreading far beyond China. Numerous other nations have seen the way this imposition of “unity” over diversity has been rolled out by the ruling Communist Party.

- Open Doors’ recent India (#10) report describes a nation being drawn further into nationalist ‘Hindutva’ ideology, where to be Indian is to be Hindu. A wave of vigilante violence against Christians and other religious minorities, has been overlooked or even encouraged by political leaders across the nation, and accompanied by a surge in misinformation and propaganda from mainstream and social media.

- A similar model of loyalty and homogeneity is seen in nations as diverse as Myanmar (#12), Malaysia (#50), Sri Lanka (#52) and the central Asian states. All these face increased restrictions for those who deviate from the creed of ‘one country, one people, one creed’.

- Under Communist ideology in the Americas, the Covid-19 pandemic has been used as a pretext to surveil churches and impose further restrictions. In Cuba (entering the list at #37), after July’s protests, church leaders who spoke out were detained and tortured. In Nicaragua (#61) and Venezuela (#65), the ruling parties promoted smear campaigns against Catholic bishops, cancelled registration permits and closed churches.

Read about more worrying trends of the WWL 2022 here. 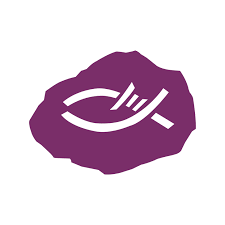 Open Doors is a religious non-profit organisation whose purpose is to support persecuted Christians in a holistic way (economically, socially, health, judicially, educationally and spiritually). Founded in 1955, the organisation has more than 25 offices around the world and works in over 60 countries.

"Since the inception of our organisation, we have ensured that every Christian persecuted for their faith is not forgotten but supported and remembered. We have chosen to call ourselves Open Doors because we go where Christians are deprived of religious freedom and need our help, and we believe that God opens doors to make this possible. Our presence on the ground allows us to be close to persecuted Christians", they say.