Taiwan and China, the story behind last week’s meeting

Both men called each other “Mr”, to avoid saying “president” so as not to give legitimacy to each other’s governments. 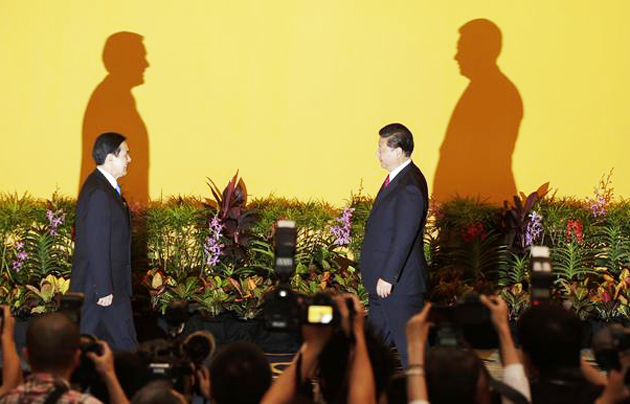 Chinese president Xi Jinping and Taiwanese president Ma Ying-Jeou met on Saturday 7th November in Singapore in the first meeting between leaders of the two sides of the Taiwan Strait since 1949, when in the Chinese civil war, the Nationalist Republic of China forces led by Chiang Kai-Shek were forced to flee to Taiwan by Mao Zedong’s Communists.

The Nationalist government which fled to Taiwan is called the Kuomintang or KMT, and is the party that is currently in power.

Taiwan elects its own government, has its own military and makes its own policies. Mainland China considers a Taiwan a ‘renegade province that will eventually be reunited to China, by force if necessary.’

The meeting took place at the Shangri-La hotel in Singapore, and included speeches from both leaders and a dinner. Both men called each other Mr, to avoid saying “president” so as not to give legitimacy to each other’s governments, as neither officially recognises the other as a head of state; they sat at a round table for dinner, so as to avoid awkward questions of who will sit at the head of the table, and split the cost for the dinner so that one was not the other’s host. 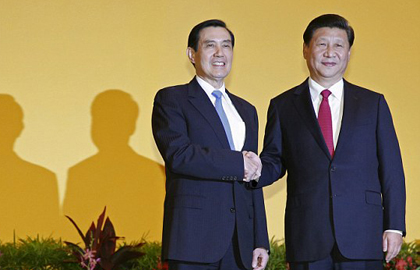 XI: “BLOOD IS THICKER THAN WATER”

President Xi made remarks that emphasised the “progress in the development of cross-strait relations”. He also said: “No matter how much difficulty we have gone through, no power can separate us because we are closely-knit kinsmen and blood is thicker than water.”

“People across the Strait should continue to push forward a peaceful development and enjoy the fruits of peace together. We should learn and reflect from the history of the cross-Strait relationship... We must act together and show the world that the Chinese people across the Straits have every ability to handle our own issues.”

President Ma made a speech after President Xi, in which he described ways in which historically, Taiwan has stopped seeing the mainland Chinese government as ‘a rebel group’, and how where there used to be fighting there are now tourist destinations, and enormous increases in mainland visitors, students and flights to Taiwan.

He also said, however, that Taiwanese people have had difficulties accessing U.N headquarters, NGO meetings and trade opportunities due to their passport.

In polls, it has been seen that the vast majority of people in Taiwan identify themselves as Taiwanese, although they are ethnically Han Chinese.

News that the meeting between presidents was happening came out on Wednesday 28th November 2014 and came as a great surprise to journalists and politicians, perhaps even including the Taiwanese president.

Journalist Ben Blanchard said back then: “President Ma spoke to Reuters in an interview quite recently and he said he really didn’t see any signs that there were going to be political talks between the two sides, so for the two leaders to meet is really a bolt from the blue.”

The chairwoman and presidential candidate of Taiwan’s opposition Democratic Progressive Party (DPP), Dr Tsai Ing-Wen, made a statement to the press saying she believed “all citizens are as stunned as I was when we heard news of the meeting...[it] is a serious matter involving Taiwan’s national dignity and interests. Informing the citizens of the country of such a meeting under such hasty circumstances is damaging to Taiwan’s democracy.”

However, in a meeting between TAO and MAC officials in Guangzhou in mainland China in October, Taiwanese minister Hsia Li-Yan and Chinese TAO chief, Zhang Zhijun agreed it was time to have a meeting between the leaders, according to The Diplomat.


WORKING TOWARDS THE HISTORIC MEETING

Dr Tsai expressed hopes that the meeting would express the three principles of “equal respect”, “transparency” and “no political precondition”. After the meeting in Singapore took place, Dr Tsai issued a statement saying that “We had hoped that President Ma would speak about Taiwanese democracy, freedom and the existence of the Republic of China. More importantly, that he would mention the freedom of the Taiwanese people to make their own choices. However, none of these were mentioned.” 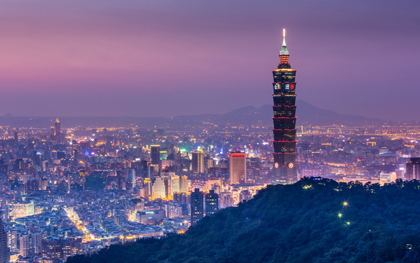 The KMT and President Ma had wished to bring to the meeting three points: “No Taiwan independence”, “no unification with China” and “no use of force across the Taiwan Straits”. President Ma said he fulfilled nearly all of his original objectives.

The DPP and Tsai have also accused the KMT of using the meeting in order to affect Taiwan’s upcoming presidential and legislative elections, from the DPP website Tsai said “...choosing to hold such a meeting... under such sensitive timing is bound to... [raise] questions about whether the meeting was intentionally arranged to influence electoral outcomes... it would garner negative effects on cross-strait relationships in the long run, and it does not adhere to the consensus of the Taiwanese people.”


MANY IN TAIWAN WISH TO MAINTAIN STATUS QUO

According to The New York Times, “Some analysts said... there was an overall sentiment in Taiwan for the status quo with the mainland.”

Maintaining the status quo is widely seen as an option that could maintain peace although for some it can lead to calling into question Taiwan’s sovereignty as the status quo involves close economic ties with China, which while offering opportunities to Taiwanese businesses is also seen as increasing Taiwan’s dependence on the mainland.


INTENTIONALITIES BEHIND THE MEETING

Before the meeting took place, The DPP was leading in the polls to win presidential and legislative elections this coming January. Following the meeting, the DPP have further extended their lead.

The ruling KMT party also issued a statement from the Presidential Office before the meeting. Spokesperson Charles Chen that said that, “Ma would exchange views on cross-Strait issues with Xi.”

“President Ma’s goal was to consolidate cross-Strait peace and maintain the status quo in the Taiwan Strait.”

Ma’s office also said that he would not sign any agreements or issue any joint statements with China. Taiwanese minister Hsia Yi-Lan said that President Ma would “firmly defend the country’s sovereignty and dignity.”

The Presidential Office spokesperson also said that just as former Taiwan Presidents Lee Tung-hui and Chen Shui-bian had also wanted to meet mainland leaders, “President Ma had reiterated on many occasions that he would not rule out the possibility of meeting the Mainland leader [under appropriate conditions].”

President Ma may have been referring to the previous leader of mainland China when he said “I absolutely will not in the coming 4 years, go meet with the leader of the mainland”

This name of the Republic of China is taboo in mainland China, as it refers to Taiwan’s claim to sovereignty and to its claim of being the legitimate seat of China, which is a dispute that dates back to the civil war.

It was in 1945 that Taiwan was declared to be part of the Republic of China. Effectively the ROC and PRC claimed to be the legitimate government of all of mainland China and Taiwan inclusively.

President Ma called Taiwan the Republic of China during the meeting with Chinese President Xi Jinping, and also referred to the “1992 consensus” which means that “the two sides agreed that there is only ‘one China’, with each side free to interpret what that means.” according to Focus Taiwan.

During President Xi’s opening remarks at the meeting he said, “I hope the two sides across the Strait can work together and stick to the 1992 consensus.”

Former Taiwanese president, Lee Tung Hui however, denies the existence of the 1992 consensus Lee added that the KMT “has used the so-called consensus as a mask for its unification agenda.”

The Taipei Times also reported that, “Former KMT legislator Su Chi... admitted in February 2006 that he made up the term in 2000... to break cross-strait deadlock and alleviate tension.”


WHAT WILL HAPPEN NEXT?

Public opinion on the meeting has been fairly negative on Taiwan’s side of the Strait. Three protestors who went to Singapore were deported “under special rules” according to Taiwan News. There have been small scale protests outside of the Legislative Yuan in Taipei.

As to the outcomes of the meeting, Chinese academics expect that there will not be any major political changes to cross-strait relations. Shi Yinhong, an international relations professor at Beijing’s Renmin University said “Ma will soon leave office and the KMT is not likely to win the next election... Therefore the summit may not have a substantial impact.”

On the other hand, Wang Yangjin, professor of political science at Renmin University said that even if the KMT do not win the elections, it could help China in the long run. Zhang Zhijun described the meeting as “significant” and “positive”.

White House press secretary Josh Earnest said: “We would certainly welcome steps that are taken on both sides of the Taiwan Strait to try to reduce tensions and improve cross-strait relations.”