Transgender Member of Parliament Salma Luévano, who has won two lawsuits to be treated as a woman, proposes that the biblical position on sexuality be condemned by law. 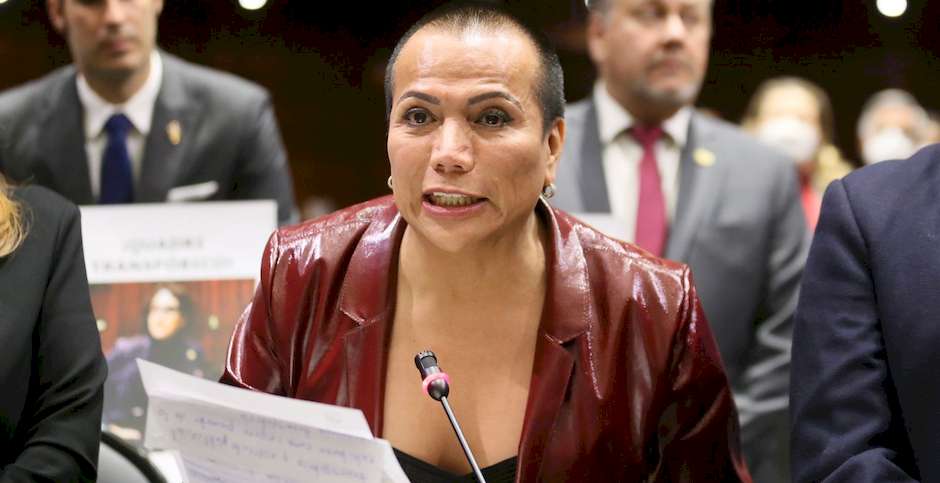 At the start of the session of the Mexican Chamber of Deputies, the transsexual deputy Salma Luévano, who has already won two lawsuits to be treated as a woman, has proposed an initiative to reform the law on Religious Associations and penalise ministers of worship or churches for “exercising acts of discrimination on the grounds of sexual identity or gender expression of persons”.

With this ruling, the trans movement in politics seeks to silence the church despite the fact that in order to become a Religious Association, faith groups hand over their doctrine statements; in other words, the state already already knows that doctrinal basis is the Bible.

What Luévano is proposing would modify the Law on Religious Associations and Public Worship, forcing Christians and churches to reinterpret the Bible and the doctrines that emanate from it, in a clear attack on religious freedom and the secular state.

How does the state now intend to remove from the pages of the Bible what it says about sexuality?

We should not lose sight of the fact that Salma Luévano has already won two lawsuits against Gabriel Quadri, also a federal parliamentarian of Mexico. Quadri was condemned to publish the court’s sentence on his social media profiles, to make a public apology, to take classes to raise awareness of ‘new masculinities’ and to be inscribed on a list of transgressors for 2 years. If he repeats “homophobic, lesbophobic or transphobic” attitudes, in addition to losing his political rights he could even receive sanctions up to prison time. All this despite being protected by his constitutional privilege as a national parliamentarian!

As mentioned above, we must also consider that we are seeing a direct attack on the secular State. The State is ceasing to be neutral in order to try to dictate a single way of thinking, denying freedom of conscience or conditioning it.

There are dark times ahead, Members of Parliament allied with Christian values are worried about how to deal with these initiatives without being subjected to demands that prevent them from expressing themselves; so - once again - it is the Church that must stand up.

We must do this with prayer and fasting, but also in action, raising its voice and being present in the discussions. This is the time of battle and this battle is for the soul of Mexico.

Aarón Lara, journalist in Mexico, chair of the Ibero-American Congress for Life and Family.