The Winter Olympics begin this week amid complaints about the Chinese regime's “massive abuses” of minorities and the strict surveillance of its citizens. 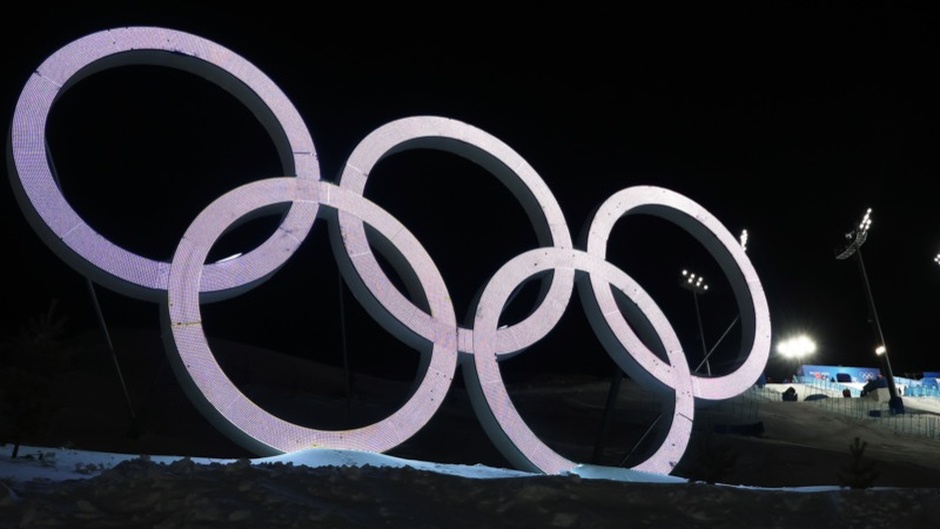 The Olympic sign in one of the snow tracks of the Beijing 2022 Winter Games. / Photo: Twitter [link]Olympics[/link].

Over 240 human rights organisations have denounced in a joint statement the breakdown of human rights in China, the country hosting the Winter Olympics from 4 to 20 February.

The signatories, including some Christian organisations, say the 2022 Olympics will be inaugurated “amid atrocity crimes and other grave human rights violations by the Chinese government”.

Furthermore, they urge governments to join a diplomatic boycott of the Games, also calling on athletes and sponsors not to legitimise government abuses.

The statement denounces massive abuses against Uighurs, Tibetans, ethnic groups and religious believers of all independent religious groups, as well as the persecution of human rights activists, feminists, lawyers, journalists and others.

They also stress that “since the Chinese government was awarded the 2022 Winter Games in 2015, non-governmental organizations and media outlets have documented numerous serious human rights violations by Chinese authorities”.

Those include the arbitrary detention, torture and forced labour of millions of Uighurs and other ethnic groups in the Xinjiang Uighur Autonomous Region; a crackdown on democracy and the rule of law in Hong Kong; intrusive high-tech surveillance used to unfairly track and prosecute peaceful conduct; violations of freedoms of expression, association and peaceful assembly; and “the arbitrary detention, torture and forcible disappearance of human rights defenders, including lawyer Gao Zhisheng”.

The statement also calls on corporate sponsors of the Games to disclose their human rights due diligence strategies or explain their failure to conduct such assessments, and encourages viewers around the world to learn about the human rights situation in China.

“Athletes upholding Olympic ideals should not have to face omnipresent surveillance, repression of free speech or belief, and an insecure human rights environment to participate in the Games”, said Bob Fu, president of Christian organisation ChinaAid.

The document is the latest in a series of efforts by human rights groups to draw attention to the widespread human rights violations taking place in China ahead of the Winter Olympics.

Last 20 January, the European Parliament adopted a resolution which “condemns in the strongest terms the fact that human rights are severely restricted in Hong Kong” and “calls on the Hong Kong government to release all political prisoners” and repeal the National Security Law.

The resolution also asks “the Commission, the Council and the Member States to decline invitations for government representatives and diplomats to attend the Beijing 2022 Winter Olympics”.

In the 2022 World Watch List recently released by the Christian organisation Open Doors, China ranks 17th among the countries where persecution of Christians is most intense.

According to the report, as China increases its economic influence in the world, it is increasingly restricting the freedom of Christians.

Since May 2021, new legislation requires Chinese religious leaders to “love the motherland, support the Communist party leadership and the socialist system”. They must not “undermine national unity”.

The ruling party uses pioneering technology to monitor and control its citizens. In two provinces, all official Christian churches have surveillance cameras installed. This authoritarianism, reinforced by technology, is spreading rapidly beyond China. Many other countries have seen how the ruling Communist Party has imposed "unity" over diversity.

Because of this situation, Open Doors, along with the Christian organisation Voice of the Martyrs (VOM), is advocating for a boycott of the Winter Olympics.

The two organisations believe the Games are “one example of how China is using sports, money and investment in infrastructure around the world to whitewash their human rights violations”.

Todd Nettleton, VOM’s spokesperson, warns that “the Olympics are always filled with wonderful pageantry and inspiring athletic accomplishments. But let’s not forget what the host government doesn’t want us to see: imprisoned pastors, destroyed church buildings and a complete lack of religious freedom”.

“I hope every Christian will use each event and every Olympic update as a reminder to pray for our persecuted family members in China as the Scriptures instruct us to do”, he added.

Nettleton called on Christians worldwide to “pray for pastors and church leaders to stand firmly for biblical truth in spite of government pressure to compromise. Pray for the encouragement of Chinese believers, that they will experience unity and fellowship as members of the body of Christ”.