The FIFA World Cup has turned critical eyes to the small Persian Gulf country. Three people on the ground analyse the freedom of Christians. 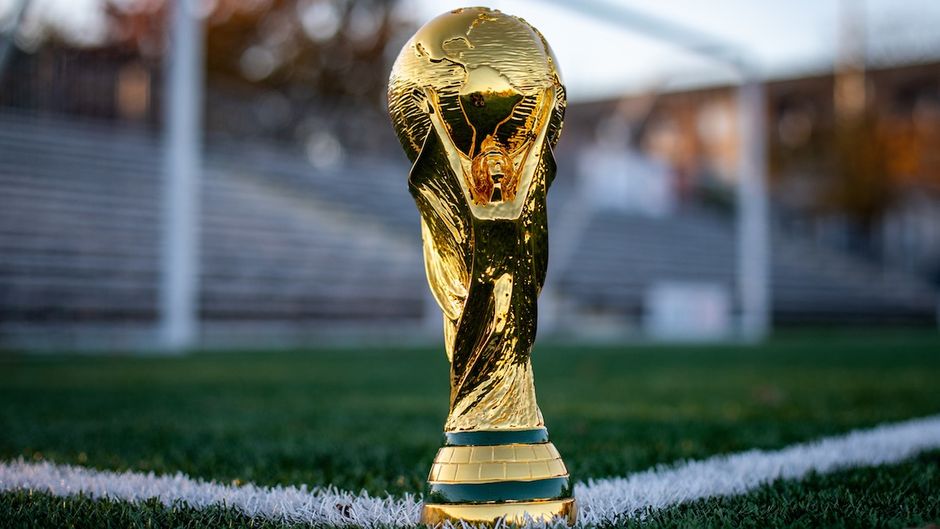 The Qatar 2022 World Cup is one of the most controversial World Cups in history, not only because it is taking place in November, or because it is related to the FIFA corruption scandal.

The issues that are now at the centre of the World Cup debate are, for example, the conditions of the stadium construction workers. The figure of 6,500 people killed in these works reported by the British newspaper The Guardian has not been denied nor has it been confirmed by the Qatari authorities.

Furthermore, human rights organisations have denounced other issues such as the situation of women, the protection of minorities and religious freedom.

“The shadows of the World Cup are just that. We in Qatar know that it is very difficult to get official information on certain issues. This lack of transparency remains a shadow that is very difficult to clarify, because we don't know the real data”, tells Sandra Testino, an evangelical Christian who has lived in the country for over six years, to Spanish news website Protestante Digital. 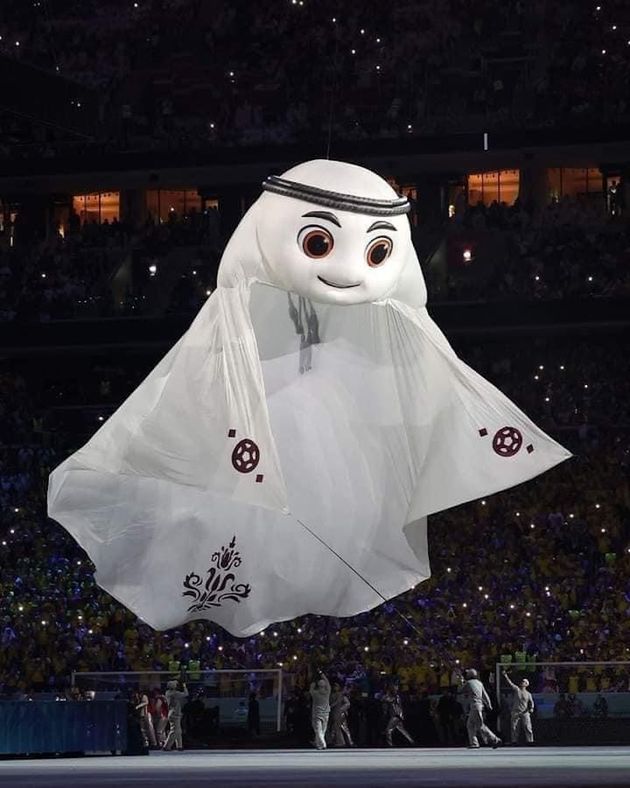 According to Testino, “the World Cup for the residents of Qatar is a source of joy and pride. In all schools, supermarkets and residential areas, the flags of the teams that participate have been unfurled, and people are looking forward to it”.

Meanwhile, organisations like Open Doors believe that the World Cup gives “the opportunity to bring to light Qatar’s narrow interpretation of freedom of religion”.

“An event like the FIFA World Cup gives us a platform to draw attention to the legal and societal restrictions imposed upon Christians in Qatar”, point out Open Doors' Middle East spokesperson, Anastasia Hartman, and Rachel N. from the NGO Care4You, which works with social actors and communities in the Middle East and North Africa.


The controversy of the workers

In recent years, the general media have focused their attention from time to time on the construction of the sports facilities for the Qatar 2022 World Cup.

At the time, both FIFA and the committee in charge of organising the competition talked of three deaths directly related to the work on the stadiums

However, the workforce mobilised (around 30,000 people at its busiest time) has not only been involved in building football pitches, but a whole series of buildings that were started when it was known that the country would host the competition.

“Working conditions have improved in the last 15 years, with measures such as minimum wages, a ban on companies withdrawing workers' passports and stricter safety measures at work”, says Testino, who left Spain for Qatar with her family in 2016 due to her husband's job.

Furthermore, “the ones who are worst in terms of working conditions are the less skilled jobs: security guards, labourers, farm workers, etc., and those are usually from countries such as Sri Lanka, Nepal, India and Pakistan”.

“They agree to come on two-year contracts, where they save up to start a business in their countries, or send money back to their families, and they often renew the contract several times", she adds.

Testino describes them as “people who live to work, they do not have their families here, no leisure options, and in the event of an accident at work or non-payment of wages, Qatar does not have a strong judicial system that can defend the rights of the most vulnerable".

“Unfortunately, this not only applies to Qatar. Even if the country has greatly improved its working conditions, they would still be unacceptable for any European".

At Open Doors, its representative says, “we are aware that the labor rights have been a topic of wide and heated discussion in relation to the World Cup. The field of human rights spans a wide gamut of issues and while we do sympathize with the migrant workers’ plight, we unfortunately do not have the expertise to make specific observations on this subject”.

Is it possible to be a Christian in Qatar?

The World Cup has also raised questions about the situation of Christians in Qatar.

Open Doors ranks the country as the 18th most dangerous place in the world for Christianity in its World Watch List.

Hartman and Rachel explain that “the Constitution of Qatar designates Islam as the state religion with Sharia Law as the main source of legislation. At the same time, it prohibits discrimination based on religion and article 50 guarantees the freedom to practice religious rites to all persons, but these freedoms are framed within limits based on Sharia and ‘morality concerns’”.

“While Qatar has been relatively lenient towards the growing Christian expatriate community and has provided land to build churches, the indigenous Qataris who have converted to Christianity find it difficult if not impossible to practice their faith”, they add.

For Testino, “the opening of Qatar during the reign of the father of the current emir, which allowed foreign investment with the exploitation of gas and oil, also allowed freedom of worship to foreigners who came to the country to develop it”.

“As a foreigner and a Christian living in Qatar, I have not noticed big differences with the freedom I have in Spain, except for preaching in the streets. Retreats can be held, churches have to ask permission for everything, but there is no rejection of Christianity. That is very different from what a Qatari who converts to Christianity might experience”, she points out.

Testino believes that in Qatar “the lack of freedom is not in the religious area, but in other areas that in Europe are considered part of our rights, such as being openly homosexual, dressing 'indecently' or being drunk in the street”.

“I know Christian Arabs, from Jordan and Lebanon. I have also seen Muslim women who do not wear veils out of conviction, or Muslims who drink alcohol, although this is frowned upon in their community”, says Testino, who also speaks of a “great variety of religions living side by side in Qatar”.

She stresses that “it's not perfect, but there is more coexistence and respect between people of different faiths than what we think we enjoy in Europe. Personally, I have felt judged and even mocked for my faith many times in Spain. Here, whenever a Muslim or a Hindu has asked me what I believe or how I celebrate Christmas, I have been able to explain it. Whenever I receive questions about our faith, it is always with genuine interest, and not with any intention to make fun of me”.

“I have been able to give my testimony when I have been asked, and I have understood over time that many Arabs know almost nothing about Christianity, and rather confuse it with issues of Western culture. For example, if I explain that Christians believe that Jesus is God incarnated, it is a very nice thing for a Hindu, but a Muslim often sees it as a heresy”, adds Testino.

However, Open Doors insists on the distinction between “expatriate Christians” and “converts with a Muslim background”.

Hartman and Rachel point out that “low-skilled workers from low or middle income countries have a low social status and are generally treated worse than expatriates from the West working in more skilled jobs. Workers from Asia and Africa are treated badly, independently of their religion. If such workers are Christian, there can be pressure to become Muslims”.

“They are not free to openly practice their faith and many among them hardly have the opportunity to attend church services in the special compound built on land provided by the authorities outside of the capital, which is is heavily monitored and banned for Muslim-background visitors”, they underline.

Regarding Christians with a Muslim background, Open Doors denounce that they “are heavily persecuted in Qatar. They are considered apostates and face discrimination and harassment from society and even risk of being killed by their family”.

Although apostasy is a punishable crime under Qatari penal law, Open Doors says that “no execution or other punishment for apostasy has been recorded since the country’s independence in 1971. Almost all Qatari Christians converted abroad and the majority of them do not return to the country out of fear”.

“Family and clan ties are very strong, and religion is never just a matter of private belief, it is part of the identity of the (extended) families combined in their tribe. Converting and leaving Islam is therefore not just a change of belief, it also means leaving the family”, explain Hartman and Rachel.

Furthermore, “publication and distribution of religious materials and literature is heavily regulated and monitored, Christians can only distribute their newsletters within their communities to avoid censorship”.


The World Cup: An opportunity?

According to Testino, the World Cup “will be a good opportunity for the many Christians who have come to the country, either for work, as part of the teams of journalists, or as part of the qualified teams, to share their faith”.

“Here there are many opportunities to share the Good News, because there is much interest to hear about faith, spirituality or love of God. It is not a dry field, as perhaps sometimes happens in Europe, where people are so used to the name of Jesus that it might be difficult for them to experience a personal God and have that encounter with Jesus”.

That is why she asks to pray for the Christians in Qatar, that “we may be light and salt in our work and in our social circles”.

She also calls on to pray, “for Muslims who want to hear, but are struggling against the pressure of their families or the fear of being rejected by their environment”.

“Let us pray for the Emir, that God will give him wisdom to govern the country for all, and that there will be more justice for the vulnerable and God's hand can be seen through Christians”, she adds.

Testino also asks to pray “for all those foreigners who have never entered a church and who think they don't need God, that they may have that encounter with Jesus in the desert, that they may experience God's forgiveness and goodness and their lives may be transformed for God's glory”.

Hartman and Rachel point out that “the celebration of the World Cup has drawn a lot of attention of politicians to the country’s human rights record”, and “ a meaningful and impactful engagement with the Qatari government is key to support our efforts to strengthen the church”.

“We therefore urge you to pray for our advocacy efforts and the church in Qatar”, stress the Open Doors' spokesperson and the Care4You worker.

They also give three recommendations “to our advocates whenever they engage with policy makers: set initiatives at the local level to educate the population on religious tolerance and diversity; allow religious organisations without official registration to work in the country; and abolish any provision that prosecute individuals for the peaceful exercise of their religion”.