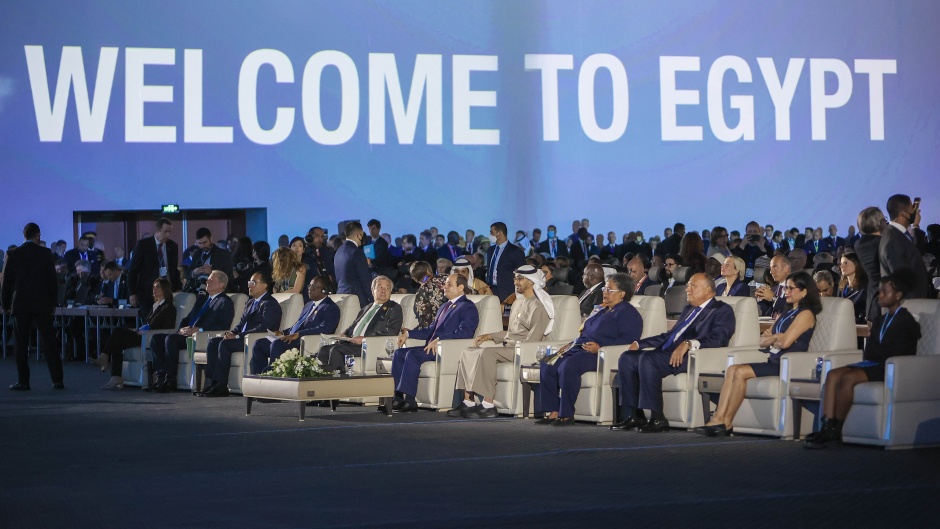 The 2022 United Nations Climate Change Conference, known as COP27, is being held from 6–18 November in Sharm El Sheikh, Egypt.

Over 40,000 participants from all over the world attend the meeting, including 100 heads of states and governments, with the exception of the Chinese President Xi Jinping, who will have an envoy at the conference, and the Prime Minister of India, Narendra Modi.

Although Russia's war in Ukraine overshadows many of the issues and the energy dependence of Western countries makes it more difficult to achieve goals, participants at COP 27 “seek to accelerate global climate action through emissions reduction, scaled-up adaptation efforts and enhanced flows of appropriate finance”.

Furthermore, they “recognize that 'just transition' remains a priority for developing countries worldwide”.

As in previous conferences, there are several Christian organisations involved in the COP27, both prior and during the gathering.

A Rocha France, along with SEL, a Protestant international solidarity organisation, and with the support of the National Council of Evangelicals of France (CNEF), sent a letter to French President, Emmanuel Macron, stressing the need “to provide support to the most vulnerable populations, particularly in sub-Saharan Africa”.

“Indeed, they suffer disproportionately from the consequences of global warming even though they are the least responsible for it”, adds the letter.

They called on Macron to “be a voice influencing other countries” by “helping them finance their ecological transition and adapt to the consequences of global warming, and [...] accelerating the implementation of measures, in France and around the world, to reduce greenhouse gas emissions and protect biodiversity”. 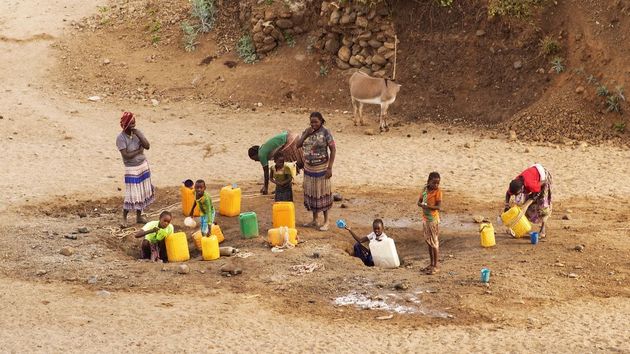 [photo_footer]  Families in Borena, Ethiopia, dig deep in search of water. It’s getting more difficult as the drought – made worse by climate change – has caused water sources to dry up. / Photo: Tearfund.[/photo_footer]

According to Christian charity Tearfund UK, COP27 “must reflect the voices and priorities of climate-vulnerable countries. They have been increasingly clear in their calls for higher-income nations those most responsible for climate change, to deliver on their promises and increase their support for climate action in low-income countries”.

That’s why they are calling on the UK government through their Time to Deliver campaign “to ensure that wealthier nations fulfil their 2009 pledge to deliver $100 billion a year from 2020 in climate finance to lower-income countries and communities”.

“At COP27, we will be lobbying UK negotiators on climate finance and other key issues that affect our global neighbours living in poverty. We’ll be supporting our partners and allies in meetings and seeking opportunities to highlight the issues in the media”.

Both organisations have stressed the importance to pray during COP27.

Tearfund has published a prayer guide on its website, because “as Christians, we have a biblical mandate to care for our neighbours and for the environment”.

They suggest “four areas we can focus our prayers on. Firstly, for the conference itself. Secondly, for the outcomes we’d like to see. Thirdly, for people affected by the climate crisis, and finally, for the church to take action for this cause”.

A Rocha France calls Christians for a time of prayer on Sunday 13 November in places of worship in France, while A Rocha UK has organised a Global Day of Action on 12 November in London, to pray and march for climate change.

Both asks evangelicals to “pray for the leaders at COP 27; the people of the countries most affected by the environmental crisis; the actions of Christian organisations and their local partners in the most vulnerable countries”.