Big Tech companies in the US and China “spread technologies and hope that any problems that might follow will be easily overcome”, says expert Jonathan Ebsworth. Giants such as Meta have not demonstrated a willingness to seek “the good of society as a whole”. 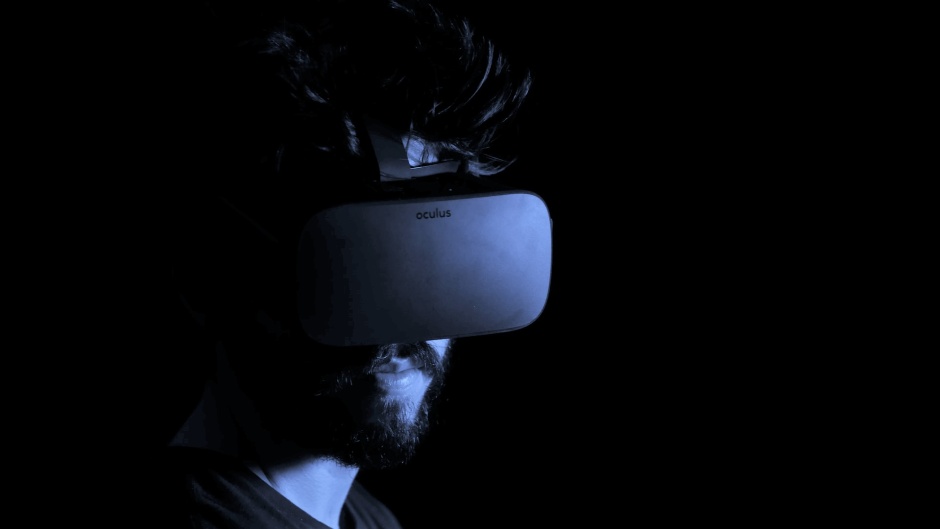 Meta, the parent company of Facebook, Instagram and Whatsapp, has been on the lips of many in the last months.

In autumn, founder Mark Zuckerberg presented his dream of a metaverse, an “all-encompassing virtual reality environment” where people will be allowed to build friendships, work, play games and consume in an immersive digital environment that resembles movies like Steven Spielberg’s Ready Player One.

The European Union has been one of the political bodies in the world that has reacted to such plans, reminding Meta and other big techs that the rights and freedoms of citizens in the real world fully apply to everything that happens in newly crafted digital environments.

Evangelical Focus asked Jonathan Ebsworth, an expert in IT technologies, founder of TechHuman, and co-author of the paper “Surveillance Capitalism: the hidden costs of the digital revolution” about where the world is going in this area, and what role Europe can or cannot play as Meta as highly addictive technologies are developed. 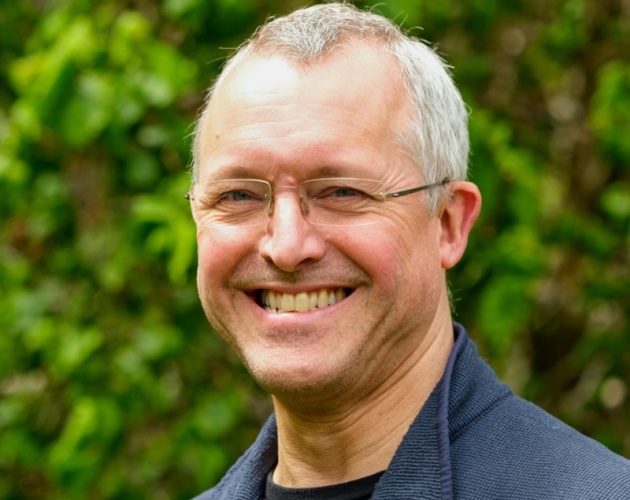 Question. Meta is investing huge sums of money in creating a metaverse that could change our lifestyles. Should we be excited or worried?

Answer. Moore’s law [the projection that the industrial capacity of certain technologies doubles every two years] has made commercial innovations technically and economically feasible that can be spread widely throughout western society. The commercial exploitation of these innovations has been driven by the biggest technology companies including Alphabet (Google), Meta (Facebook), Amazon, Microsoft and Apple (amongst others).

Society as a whole, and particularly the academic and political leadership tends to adopt a technicist perspective; meaning that all innovation is assumed to be positive, and that any adverse side effects can easily be overcome by more technological innovation.

When we couple these two forces – as we have in the West, we have a society at that is largely ‘sold’ on new ideas before they are even delivered in reality. There is a willingness to spread these technologies and hope that any problems that might follow will be easily overcome.

[destacate]"Looking at Facebook’s short history, I worry that left to their own devices, the metaverse could become an addictive parallel universe"

[/destacate]I think there will be a great deal to learn from the journey that Meta and other technology companies are going on; but we need to be mindful of the short history of the business driving these innovations. An incredible amount has been achieved – some of it has been hugely beneficial in terms of building ‘digital communities’ and democratising aspects of information.

But so far, this ‘progress’ has come at a price. Fake news spreads faster than truth in our digital echo chambers. Society in the west is becoming increasingly polarised, and rather than identifying and addressing the causes of these problems; many politicians seem more interested in trying to ‘game’ these dynamics for their own electoral benefit rather than neutralising their harmful effects.

Looking at Facebook’s short history, I worry that left to their own devices the metaverse could become an addictive parallel universe; fast-moving, brightly coloured and immersive. We have no idea whether this may further undermine the mental health of its most dedicated users. I fear that the commercial forces behind these innovations are not motivated to concentrate on the potentially harmful ‘side-effects’ of living in a virtual world.

It sounds very attractive – but perhaps it is a 21st Century Tower of Babel (Genesis 11), where humankind tries to set themselves up yet again as ‘gods’.

Personally, I am holding excitement about potential benefits that might come in the areas of healthcare (diagnostics, treatment and even surgery, care of vulnerable people to name a few potential applications) or modelling to find new ways to address the environmental impact of humankind against potential damage to embodied human relationships, and consequential societal harm. So far, the commercial giants have shown themselves unfit to hold these elements in equilibrium for the good of society as a whole.


Q. The European Union Commission has just presented principles and rights for the digital world that must be respected in the member countries. “People have the same rights online as they have in the real world”, they underline. What is the chance for Europe to become a champion of protecting individual rights in the internet?

A. Much of what the EU is trying to do is very well-intentioned, and we should acknowledge the restraining force that the GDPR (General Data Protection Regulation) already applies to reduce some of the worst excesses of the ruthless commercial exploitation of our digital interactions.

It remains to be seen whether the EU can accelerate its thinking, its legislative processes and its enforcement to keep pace with technological innovation which is being driven at breakneck speed in both the West (USA) and the East (China) – outside its direct control.

Can the EU hope to control these businesses from afar? Much of the digital world does not respect geographical borders. To be truly effective, regulation needs to operate globally, not nationally or regionally. These issues are global in nature – but there is no effective global regulatory body (or concerted global will) to address this.

I think the EU can act to contain some of the worst excesses of unregulated commercial innovation – but there are many limitations in the institution, its processes, the understanding of its officers and the overall span of influence which means it is unlikely to be able to act as the solitary bulwark against the flood-tide of State and Commercial interests driving the innovation race that the two Superpowers to the West and East of us are running. There is a danger that they could even become side-lined in this process if internal European debates distract us from the job in hand. 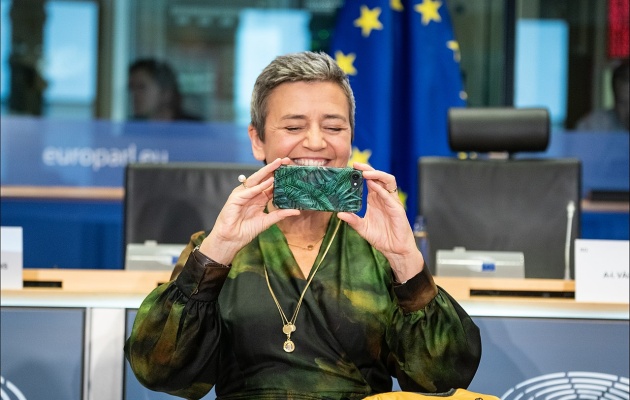 [photo_footer] The EU leader of technological affairs, Margrethe Vestager, aims to stop the influence of Meta and other Big Techs in Europe. Will she succeed? / Photo: European Parliament, Creative Commons. [/photo_footer]

Q. The EU digital affairs chief, Margrethe Vestager, has said democratic governments should analyse projects such as the metaverse to make sure they are clearly regulated, assessing the risks they pose before they become a reality. Do you agree?

A. As I have said earlier in my responses, I don’t believe that the big Commercial innovators are fit to regulate themselves. Any analysis of surveillance capitalists shows that commercial gain has been set above all other concerns. Governments cannot afford to allow their citizen’s interests to be subjected to unconstrained exploitation either from the West or from the East.

The challenge for government is to work out what they will regulate, and how they will enforce those regulations in the face of fabulously wealthy, interests who can not only innovate at scale, have access to a captive market of billions of ‘users’ around the world, but who can invest in finding creative ways to avoid or overcome those regulations intended to contain or control what they do. It will be an uneven struggle.

Remember the Ad revenues of Google, Meta and Amazon combined in 2020 exceeded 250bn US dollars – which exceeds the GDP of a mid-sized European state like Romania.


Q. Are Europe’s values as a continent strong enough to defend fundamental freedoms in the coming era of Artificial Intelligence and increasingly digitalised environments?

A. There is a danger that despite convening high-powered groups like the High-Level Expert Group on AI, the bureaucrats and elected representatives within the EU and European Governments simply do not understand this industry well enough to grasp the scale of impact and potential risks that democratic society is facing.

The values of Europe are strong – but they are already coming under increased pressure from the rest of the world and that pressure is amplified by the polarising consequences of the social media enabled echo-chambers that do move public opinion at unprecedented speeds.

I fear that like Kings of old, European governments overestimate their own power; their ability to turn the tide of digital-enabled change spreading throughout the world. 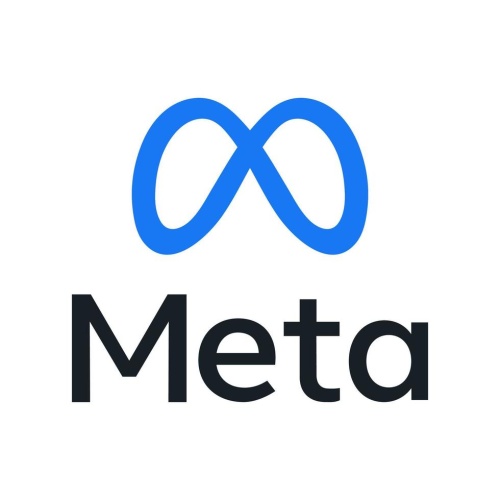 As Facebook said it had lost users for the first time in its 18 years of history, the stock market value of the company fell by 20%.

Additionally, increasing pressure to stop the transfer of personal data from Europe to the United States, led Zuckerberg’s company to hint the possibility of retiring its services from EU countries, which in its turn led to mockery from social media users and further losses in the stock market.

The non-transparent way Facebook changes their logarithms, and how this practice harms the interests of certain ideological or religious groups, has also been widely criticised.

Meanwhile, the plans for an Instagram version for children (Instagram Kids) was received negatively by many, including Christian organisations.