Is the growth of the church in Asia part of God’s plan to revive Europe?

From 17th to 21st October 2022, 600 Christian leaders from across Asia gathered in Bangkok (Thailand) under the theme of “Rethinking Church and Mission: God’s Agenda for Today”. 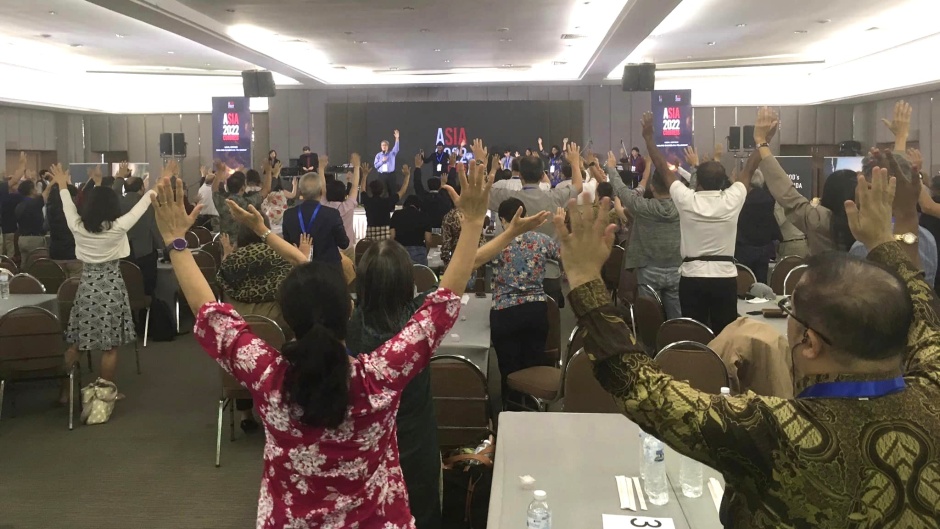 Praying blessing on the peoples of Asia, during Asia2022 conference in Bangkok. / Photos: Jim Memory.

The 20th Century saw the extraordinary growth of Christianity in Asia and that reality is now impacting Europe as Christians from across Asia have migrated to Europe over the past thirty years.

According to The Chinese Overseas Christian Mission there are 347 Chinese churches in Europe, 167 in the UK, 31 in Italy, 28 in Spain, 27 in France and 23 in Germany. Their list of churches includes at least one congregation in 22 different European countries. That is just the Chinese churches and probably only a small proportion of them. To that must be added Korean churches, Filipino churches, Tamil churches, and many more.

From 17th to 21st October 2022, 600 Christian leaders from across Asia gathered in Bangkok (Thailand) for the Asia2022 Congress under the theme of “Rethinking Church and Mission: God’s Agenda for Today”. The congress was a clear manifestation of the health of the church in Asia in three dimensions: vitality, unity and depth.

Throughout the week congress delegates heard stories of the vitality and growth of the church in Asia, often in the most surprising of places. Indigenous Asian mission movements are planting churches among unreached people groups. They are innovating forms of church that can meet the needs of Asia’s burgeoning megacities. And they are establishing structures for leadership training and theological education that reflect Asian culture and values. 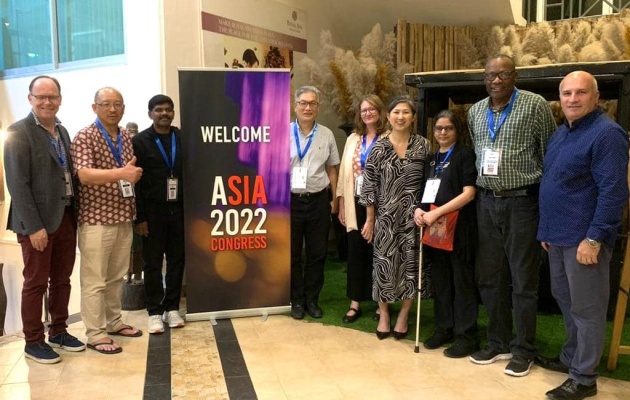 The congress was convened jointly by the Lausanne Movement in Asia, Asia Evangelical Alliance, and Asia Theological Association, itself a significant demonstration of Evangelical unity. Though there are significant cultural differences both within and between the three regions South Asia, South-East Asia and East Asia, the whole program emphasised the commonwealth of Asian values and perspectives as a gift to the church. This unity was also expressed in the emphasis on the importance of collaboration between generations, with one of the main sessions being led by younger leaders.  They were emphatic in declaring themselves “the Now Generation” not “the Next Generation”.

Yet perhaps most importantly, there was a strong message of unity across cultures. On the final morning, the Japanese theologian Dr Eiko Takamizawa told the story of Chizuko Tauchi, a Japanese missionary to Korea in the early 20th Century who established an orphanage that attended to Korean children before, during and after the Korean War. It was a powerful testimony of a young woman who humbled herself to cross a cultural divide which is often seen as insurmountable in order to share the gospel in word and deed. 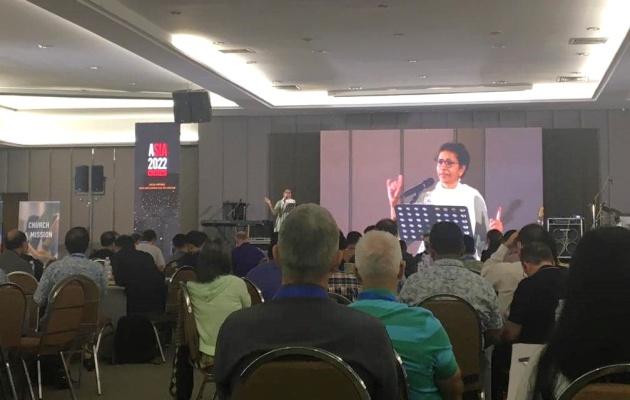 [photo_footer] Dr Havilah Dharamraj giving a powerful plenary which was an example of biblical storytelling. [/photo_footer]

Thirdly, the congress was notable for its theological and missiological depth. All the Bible expositors and plenary speakers were Asians. Most had PhDs and two of these were women. Though the congress was conducted in English, the influence of Western thinking was challenged at a number of points, and the very few Western invitees were encouraged to step back to enable the naturally deferent Asians to share freely in the table groups.

The church in Asia has unquestionably come of age. Not only was there evidence of truly indigenous Asian theological and missiological reflection but there is much that churches in the West can learn from our Eastern brothers and sisters. More to the point, making more of the opportunities East-West collaboration is something would be of huge benefit to the global church. 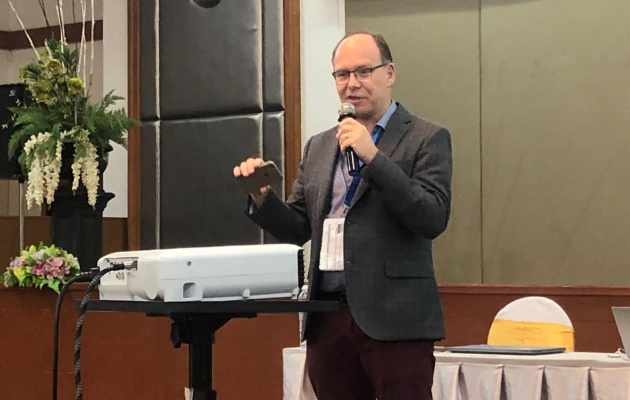 [photo_footer] My seminar on the challenges and opportunities of partnership between Asian and European churches with Chansanamone Saiyasak.[/photo_footer]

I was invited to attend in my role as Co-Regional Director for Lausanne Europe and to deliver a seminar on the challenges and opportunities of Partnership between Europe and Asia together with the President of the Mekong Evangelical Mission, Dr Chansamone Saiyasak.

The balance of power in World Christianity has shifted. The last 50 years of migration of Asian, Latin American, and African Christians has changed the face of the church in Europe. Yet, as I emphasised in my seminar, the mere presence of Asian churches in Europe does not mean that they are reaching Europeans with the gospel. As one Chinese brother who attended the seminar memorably put it, many of the Chinese churches “are like flowers that have been planted in European soil but without removing the flower pot”. It made me think of how that is also true for many European churches too! 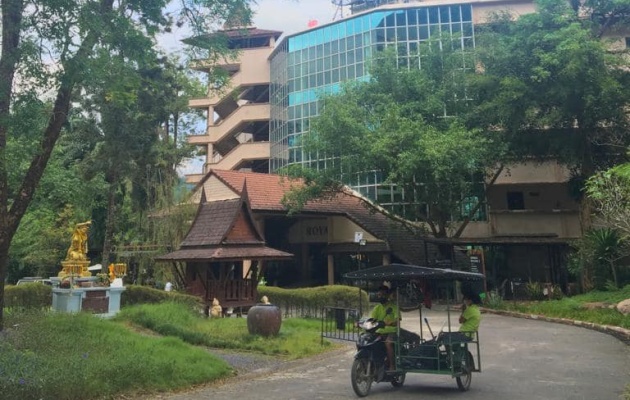 Lausanne Europe is committed to playing its part in breaking those flower pots so that European churches and Majority World churches can connect and learn from each other and together reach this generation with the gospel. For the growth of the church in Asia (and elsewhere in the Majority World) is also part of God’s plan to revive Europe.